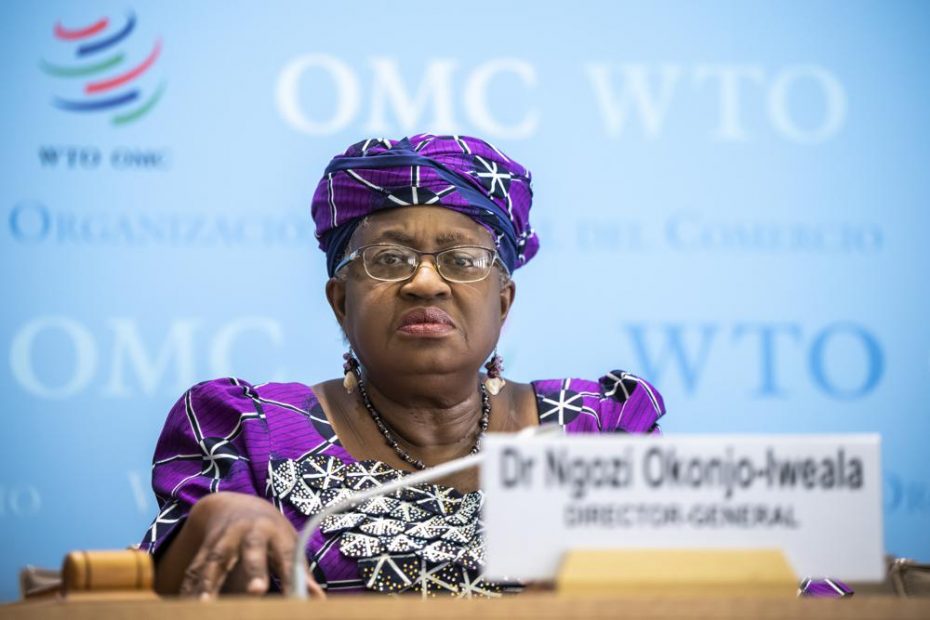 The World Trade Organization is predicting global trade volumes will grow a lackluster 1% next year as crises and challenges weigh on markets, including high energy prices, rising interest rates, and uncertainties about Chinese manufacturing output amid the lingering COVID-19 pandemic.

The Geneva-based trade body said Wednesday that the amount of goods shipped between countries is expected to rise 3.5% this year, up from the 3% that WTO anticipated in its first forecast for the year in April.

In 2023, the prediction is for such trade volumes to grow just 1%, down from the 3.4% expected previously.

“The risks are certainly to the downside” next year, WTO Director-General Ngozi Okonjo-Iweala told reporters at the group’s headquarters in Geneva.

This year, the higher predicted increase in trade volumes stems from better data that arrived in the middle of the year, contributing to a clearer forecast, and a boom in trade volumes from oil- and gas-producing countries in the Middle East as supplies from Russia were shunned and consuming countries sought alternative sources, WTO economists say.

The WTO laid out several factors weighing on trade, including higher energy prices resulting from Russia’s war in Ukraine, which prompted a number of countries — including European Union members that are big consumers of Russian oil and natural gas — to slap economic sanctions on Moscow.

“Today, the global economy faces a multipronged crisis,” Okonjo-Iweala said. “Monetary tightening is weighing on growth across much of the world, including in the United States. In Europe, high energy prices are squeezing households and businesses. And in China, COVID-19 outbreaks continue to disrupt production and ordinary economic life.”

While global trade has rebounded from a deep slump in the early days of the COVID-19 pandemic, U.S. Federal Reserve and other central bank moves to choke off inflation through higher interest rates are likely to have knock-on effects for crucial spending in areas like housing, vehicle sales, and bond prices, the WTO says.

The trade body said, however, that new information from purchasing managers on final goods prices and an index of input prices suggested that inflationary pressures “may have peaked” — a factor that could influence decision-making from central bankers in the months ahead.

Shrinking demand and the continued fallout from the coronavirus pandemic is likely to crimp exports out of China, the world’s manufacturing powerhouse, the WTO said.

WTO senior economist Coleman Nee said Russia hasn’t reported its trade figures to the global trade body since January, clouding the picture of how Russian trade was faring. The group said Confederation of Independent States countries — made up of most of the former Soviet states — saw exports drop nearly 10.5% in the second quarter from the first three months of the year.

The WTO — just one of several multilateral organizations that predict economic output fluctuations — says it expects global gross domestic product to increase by 2.8% this year and 2.3% next year, down from 3.2% predicted in April.

Rising food and energy costs have weighed on the global economy. Food prices have jumped largely due to the impact of Russia’s war in Ukraine — the countries are big suppliers of grain — and that has weighed on many developing countries that have seen supplies of wheat and corn dry up as exports from the war-torn Black Sea region have slumped.

Natural gas prices in Europe also soared 350% in August compared with a year earlier and were up 120% over the same period in the United States, the WTO said. Prices have since moderated.

“Most regions are set to register faintly positive export growth in 2023, with the exceptions of Africa and the Middle East, where export growth is projected to turn negative after growing strongly this year on the back of heightened demand for oil,” Okonjo-Iweala said.