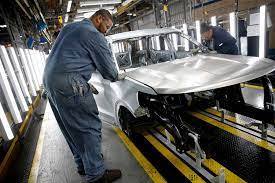 Job growth fell just short of expectations in September and the unemployment rate declined despite efforts by the Federal Reserve to slow the economy, the Labor Department reported Friday.

The unemployment rate was 3.5% versus the forecast of 3.7% as the labor force participation rate edged lower to 62.3% and the size of the labor force decreased by 57,000. A more encompassing measure that includes discouraged workers and those holding part-time jobs for economic reasons saw an even sharper decline, to 6.7% from 7%.

September’s payroll figure marked a deceleration from the 315,000 gain in August and tied for the lowest monthly increase since April 2021.

Stock market futures moved lower after the release while government bond yields rose. Investors were looking at the numbers for an indication of how the Federal Reserve will react as it tries to tamp down inflation.

“This puts the nail in the coffin for another 75 [basis point rate increase] in November,” said Jeffrey Roach, chief economist at LPL Financial. A basis point is 0.01 percentage point.

In the closely watched wage numbers, average hourly earnings rose 0.3% on the month, in line with estimates, and 5% from a year ago, an increase that is still well above the pre-pandemic norm but 0.1 percentage point below the forecast.

From a sector view, leisure and hospitality led the gains with an increase of 83,000, a rise that still left the industry 1.1 million jobs short of its February 2020 pre-pandemic levels.

A drop of 25,000 in government jobs was a big contributor to the report missing expectations. Hiring at the state and local level is highly seasonal, so the decline points to a report that otherwise was largely in line with expectations and shows a resilient jobs market.

Also on the negative side, financial activities and transportation and warehousing both saw losses of 8,000 jobs.

The report “really just shows that the consumer and corporate side have been very resilient despite the headwinds of the Russia-Ukraine war, rising interest rates, and slowing housing market,” Roach said. “It could add to the story of a soft landing [for the economy] that for a while seemed fairly elusive.”

The report comes amid a monthslong Fed effort to bring down inflation running near its highest annual rate in more than 40 years. The central bank has raised rates five times this year for a total of 3 percentage points and is expected to continue hiking through at least the end of the year.

Despite the increases, job growth had remained relatively strong as companies face a massive mismatch between supply and demand that has left about 1.7 job openings for every available worker. That in turn has helped drive up wages, though the increase in average hourly earnings has fallen well short of the inflation rate, which most recently was at 8.3%.

Fed officials including Chairman Jerome Powell have said they expect the rate hikes to inflict “some pain” on the economy. Federal Open Market Committee members in September indicated they expect the unemployment rate to rise to 4.4% in 2023 and hold around that level before dropping down to 4% over the long run.

Markets widely expect the Fed to continue the pace of its rate hikes with another 0.75 percentage point increase in November. Traders assigned an 82% chance of a three-quarter point move following the jobs numbers, and expect another half-point increase in December that would take the federal funds rate to a range of 4.25%-4.5%.