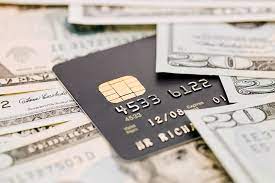 There is growing support for going cashless in the United States.

Would you like cash back? When the choice comes up while you’re paying digitally, you probably decline most of the time; hard currency is not often used anymore. But while digital payments are certainly useful, moving to a cashless society has tremendous disadvantages, particularly for its disenfranchised members.

People who are poor or underbanked rely on the flexibility of cash, and digital payments come with fees that pose a challenge to them. There are privacy and security concerns with any online transactions, and these would be huge vulnerabilities to those with no cash backup system. And then, there is the fact that surrendering your money to a digital system is a loss of control.

How many of us really want to move to a cashless society? Merchant Marine used geotagged tweets to gauge which states want to go sans cash(Opens in a new window), and the majority seem to suppor it.

You’ll notice some similarities between the lists. That’s because going cashless is hotly debated. But the issue has not often faced the test of the ballot or legislation. But two states (Delaware and New Jersey) and two cities (Philadelphia and San Francisco) have banned cashless stores, and North Dakota rejected a bill to ban cashless stores.