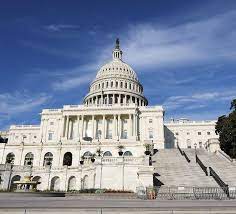 As we enter the home stretch, 2022 has been an eventful year for tax
professionals. New proposed regulations, court decisions, and Internal
Revenue Service pronouncements have all impacted the tax landscape.
While the major developments are familiar to most professionals, there
are a few that might have been overlooked due to the busy nature of
the profession.

Below are some of the more important developments for the year, as
selected by David De Jong, a CPA, and partner at the Rockville,
Maryland, law firm of Stein Sperling Bennett De Jong Driscoll.

The 275-page set of regulations explains changes to the minimum
distribution rules as a result of the 2019 SECURE Act. Under the regs,
annual distributions will be required prior to the 10-year deadline
for removing the account balance if the decedent had reached the
required beginning date before death, but will not be required if he
had not.

These regulations reiterate that 2018-2025 gifts will generally remain
nontaxable even if larger than the post-2025 exemption at death;
however, that rule will generally not apply to pre-2026 transfers that
are ultimately includable in gross estates.

The Third Circuit Court of Appeals agreed with a New Jersey federal
district court that Trust properly issued Form 1099-C to the plaintiff
inasmuch as regulations require the issuance of the form on an
identifiable event including a creditor’s decision to discontinue
collection activity; the court stated that the Form 1099-C is not a
means of accomplishing an actual discharge of debt so that collection
activity could resume (forcing the individual to deal with whether the
reporting of income is required).

The Ninth Circuit Court of Appeals agreed with the Tax Court that
payments for legal malpractice in mishandling a physical injury suit
are taxable to the recipient, as the settlement was entered to
compensate the plaintiff for the harm caused by the malpractice,
rather than for the physical injuries sustained in the underlying
negligence action.

The Tax Court determined that an individual who met the
330-in-365-days-abroad test had his tax home in Saudi Arabia where he
worked under a U.S government contract, concluding that he had
significant community involvement and stronger ties to Saudi Arabia
than he did to the United States, notwithstanding that he retained an
unrented home in the United States that was used by his daughter.

Looking at eight factors, the Tax Court found six of them in favor of
the IRS, determining that a loss on the sale of four lots by a
personal injury lawyer was capital in nature rather than ordinary; the
taxpayer did not help himself by using the term “investments” in the
entity name and in the description of the purpose of the entity.

A divided Ninth Circuit Court of Appeals reversed a Washington federal
district court and allowed a bankrupt couple, whose recourse home
mortgage was converted to nonrecourse on filing bankruptcy, to deduct
over $100,000 in interest being paid at the time of a short sale
despite not having to report relief from indebtedness income due to
insolvency.

The U.S. Supreme Court declined to review the holding of the Second
Circuit Court of Appeals at 128 AFTR2d 2021-6202 permitting the
limitation on the deduction of state and local taxes to stand.

The Eleventh Circuit Court of Appeals reversed the Tax Court and found
IRS regulations were not properly developed and were arbitrary and
capricious, which would have taken away a deduction for the donation
of a conservation easement because improvements to the area of the
easement would not have inured on a subsequent sale in at least pro
rata part to the donee organization; in Oakbrook Landholdings, LLC v.
Commissioner, 129 AFTR2d 2022-1031, the Sixth Circuit Court of Appeals
agreed with the Tax Court, under similar facts.

The Tax Court found that a business information website activity
became a business with deductible rather than amortizable expenses
when the website’s functionality was completed, which was four years
prior to profitability.

The Eleventh Circuit Court of Appeals reversed a Georgia federal
district court and held that Roth IRAs enjoy the same protection from
creditors under federal law as do traditional IRAs.

The Tax Court, using a multifactor approach, allowed a deduction by a
C corporation for about one-half of a $5 million bonus paid in two
consecutive years to the owner of a highly successful construction
company above and beyond about $200,000 in straight compensation; the
owner worked 60- to 70-hour weeks and grew the company from scratch to
about $70 million in revenue.

The U.S. Supreme Court declined to hear an appeal from the First
Circuit Court of Appeals that had sustained a Tax Court decision
finding that the breeding, racing, and selling of horses was not an
activity engaged in for profit where there was not a single year with
positive earnings in 30 years.

A Maryland federal district court refused to abate substantial
penalties when a taxpayer’s CPA firm failed to file an extension and
subsequently incorrectly advised the taxpayer that penalties would
stop in a late-filed extension; the first-time penalty abatement
policy did not apply due to a $6 abatement several years earlier.

The U.S. Supreme Court agreed to review a decision of the Fifth
Circuit Court of Appeals at 128 AFTR2d 2021-6760, in which the court
held that the penalty for a non-willful FBAR violation is on an
account-by-account basis each year, rather than on a per-person basis,
causing a penalty over five years of $2.72 million, rather than
$50,000.

The Ninth Circuit Court of Appeals agreed with the Tax Court that a
former wife “tacitly consented” to the filing of a joint return which
she did not sign, by virtue of providing the tax information and not
filing a separate return; the court then found that the factors on
balance weighed against providing innocent spouse relief, most
particularly knowledge of the likely inability to pay the liability
and a history of noncompliance.

A California bankruptcy court went against the weight of recent
authority and allowed an individual to discharge income tax liability
for a year in which a substitute for return was prepared by the IRS
prior to the actual filing of the return, with the court noting that
financial and family difficulties prevented timely filing, the return
was filed within a reasonable amount of time from the extended due
date (17 months) and the late-filed return reduced the assessed tax.

The service stated that the issuance of a Form 1099-K from money
raised on a “crowdfunding” website does not automatically cause
taxation to the person receiving the form and that facts and
circumstances must be examined to determine whether these amounts are
gifts.

The report indicated that the IRS audit rate of individual tax returns
has declined to 0.25%, down from 0.9% a decade ago and even further
from earlier years.

The IRS ruled that a C corporation that provides a search website for
rental properties is a broker company and ineligible for the exclusion
under Code Section 1202 for qualified small business stock.