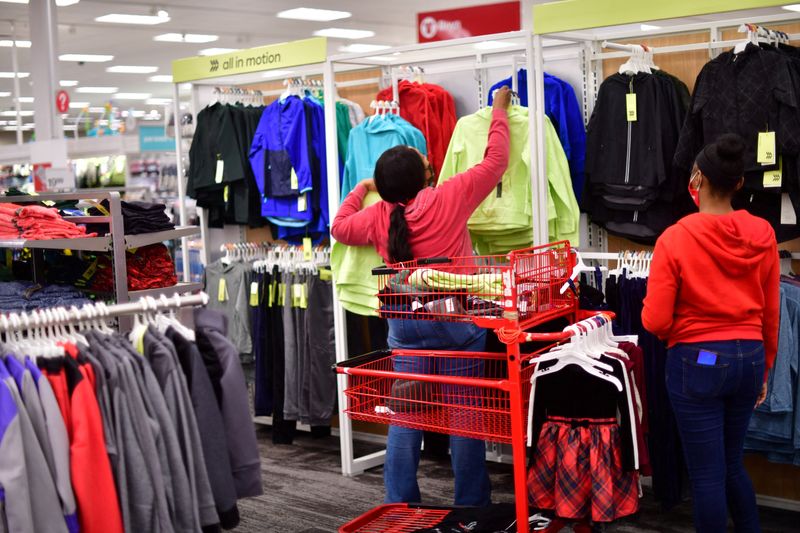 The survey from the Conference Board on Tuesday also showed consumers’
perceptions of the labor market softening a bit this month. Though the
drop in confidence was small, it suggested that the Federal Reserve’s
aggressive monetary policy actions to slow demand was starting to have
an impact.

“We can never underestimate the U.S. consumer,” said Jennifer Lee, a
senior economist at BMO Capital Markets in Toronto. “But plans to pull
back on purchases, and become a little more cautious, is something
that the Federal Reserve would welcome as it aims to cool demand.”

The Conference Board’s consumer confidence index slipped to a reading
of 106.4 this month. Data for April was revised higher to show the
index at 108.6 instead of the previously reported reading of 107.3.
The index remains above its pandemic lows.

It has fared much better than the University of Michigan’s survey,
where the consumer sentiment index is at an 11-year low. The
Conference Board survey puts more emphasis on the labor market.

The survey’s so-called labor market differential, derived from data on
respondents’ views on whether jobs are plentiful or hard to get, fell
to 39.3 this month from a reading of 44.7 in April. That was the first
time in a year that this measure, which correlates to the unemployment
rate from the Labor Department, was below 40.

Despite consumers’ somewhat unfavorable perceptions, the labor market
is tightening, with the Conference Board noting that “they do expect
labor market conditions to remain relatively strong, which should
continue to support confidence in the short run.”

There were a record 11.5 million job openings on the last day of March
and an all-time high of 4.5 million workers who resigned.

Stocks on Wall Street were lower. The dollar was steady against a
basket of currencies. U.S. Treasury prices fell.

Consumers’ inflation expectations over the next 12 months dipped to
7.4% from 7.5% in April. That fits in with economists’ views that
inflation has likely peaked.

The Fed has increased its policy interest rate by 75 basis points
since March. The U.S. central bank is expected to hike the overnight
rate by half a percentage point at each of its next meetings in June
and in July.

With prices still high and borrowing costs rising, consumers are
reassessing their spending plans. The share of consumers planning to
buy a motor vehicle over the next six months dipped. Fewer consumers
intended to buy major household appliances like refrigerators, washing
machines, dryers, and television sets.

But the buying plans remained at levels sufficient to keep consumer
spending growing and the overall economy expanding. Rising interest
rates and the accompanying tightening in financial conditions have
left Americans worried about an imminent recession. Economists say the
hand-wringing about an economic downturn was exaggerated, noting the
record high job openings and resignations.

“Recessions are ultimately a loss of faith,” said Bernard Yaros, an
economist at Moody’s Analytics in West Chester, Pennsylvania. “Yet
consumers have no fear when it comes to job security. People are
quitting their jobs at a prodigious rate, knowing they will easily
find another job given the record number of open job positions.”

A separate report on Tuesday showed the S&P CoreLogic Case-Shiller 20
metropolitan area home price index surged a record 21.2% on a
year-on-year basis in March after increasing 20.3% in February. Tight
inventory, especially of previously owned houses, is driving house
prices. Big price gains were recorded in a number of cities including
Tampa, Phoenix, and Miami.

Strong house price inflation was reinforced by another report from the
Federal Housing Finance Agency showing home prices increased 19% in
the 12 months through March after rising 19.3% in February. Price
gains were across the board, with notable increases in the South
Atlantic, East South Central, West South Central, Mountain, and
Pacific regions.

With demand slowing, house price inflation will cool down. Reports
this month showed continued declines in sales of new and previously
owned homes in April. Applications for loans to purchase a home have
also been dropping.