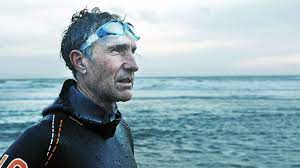 Many people believe willpower is fixed and finite. Yet powerful strategies exist that can help us increase it.

We all face demanding days that seem designed to test our self-control. Perhaps you are a barista, and you have some particularly rude and demanding customers, but you manage to keep your poise throughout. Or maybe you are finishing an important project and you have to remain in quiet concentration, without letting your attention slip to other distractions. If you are on a diet, you might have spent the past few hours resisting the cookie jar while the sweet treats silently whisper “eat me”.

In each case, you would have relied on your willpower, which psychologists define as the ability to avoid short-term temptations and override unwanted thoughts, feelings, or impulses. And some people seem to have much greater reserves of it than others: they find it easier to control their emotions, avoid procrastination and stick to their goals, without ever seeming to lose their iron grip on their behavior. Indeed, you may know some lucky people who, after a hard day at work, have the resolve to do something productive like a workout – while you give up on your fitness goals and fall for the temptations of junk food and trash TV.

Our reserves of self-control and mental focus appear to be shaped by mindsets. And new studies suggest powerful strategies for anyone to build greater willpower – with huge benefits for your health, productivity, and happiness.

Until recently, the prevailing psychological theory proposed that willpower resembled a kind of battery. You might start the day with full strength, but each time you have to control your thoughts, feelings or behavior, you zap that battery’s energy. Without the chance to rest and recharge, those resources run dangerously low, making it far harder to maintain your patience and concentration and to resist temptation.

Laboratory tests appeared to provide evidence for this process; if participants were asked to resist eating cookies left temptingly on a table, for example, they subsequently showed less persistence when solving a mathematical problem, because their reserves of willpower had been exhausted. Drawing on the Freudian term for the part of the mind that is responsible for reining in our impulses, this process was known as “ego depletion”. People who had high self-control might have bigger reserves of willpower initially, but even they would be worn down when placed under pressure.

In 2010, however, psychologist Veronika Job published a study that questioned the foundations of this theory, with some intriguing evidence that ego depletion depended on people’s underlying beliefs.

Job, who is a professor of motivation psychology at the University of Vienna, first designed a questionnaire, which asked participants to rate a series of statements on a scale of 1 (strongly agree) to 6 (strongly disagree). They included:

Job next gave the participants some standard laboratory tests examining mental focus, which is considered to depend on our reserves of willpower. Job found that people with a limited mindset tended to perform exactly as ego depletion theory would predict. After performing one task that required intense concentration – such as applying fiddly corrections to a boring text – they found it much harder to pay attention to a subsequent activity than if they had been resting beforehand. The people with the non-limited view, however, did not show any signs of ego depletion, however: they showed no decline in their mental focus after performing a mentally taxing activity.

The participants’ mindsets about willpower, it seemed, were self-fulfilling prophecies. If they believed that their willpower was easily depleted, then their ability to resist temptation and distraction quickly dissolved; but if they believed that “mental stamina fuels itself”, then that is what occurred.

Job soon replicated these results in other contexts. Working with Krishna Savani at Nanyang Technological University in Singapore, for example, she has shown willpower beliefs seem to vary by country. They found that the non-limited mindsets were more common in Indian students than those in the USA – and that this was reflected in tests of their mental stamina.

In recent years, some scientists have debated the reliability of the laboratory tests of ego depletion, but Job has also shown that people’s willpower mindsets are linked to many real-life outcomes. She asked university students to complete twice-daily questionnaires about their activities over two non-consecutive weekly periods. As you might expect, some days had much higher demands than others, leading to feelings of exhaustion. Most of the participants recovered to some degree overnight, but those with the non-limited mindsets actually experienced an increase in their productivity the following day, as if they had been energized by the extra pressure. Once again, it seemed that their belief that “mental stamina fuels itself” had become their reality.

Further studies showed that the willpower mindsets could predict students’ procrastination levels in the run-up to exams – those with the non-limited views showed less time-wasting – and their ultimate grades. When facing high pressure from their courses, the students with the non-limited views were also better able to maintain their self-control in other areas of life; they were less likely to eat fast food or go on an impulsive spending spree, for example. Those who believed that their willpower was easily depleted by their work, in contrast, were more likely to indulge in those vices – presumably because they felt that their reserves of self-control had already been depleted by their academic work.

The influence of willpower mindsets may also stretch to many domains, such as fitness. For example, Navin Kaushal, an assistant professor in health sciences at Indiana University, US, and colleagues, have shown that they can influence people’s exercise habits; people with non-limited beliefs about willpower find it easier to summon up the motivation to work out.

A study by Zoë Francis, a professor of psychology at the University of Fraser Valley, found strikingly similar results. Following more than 300 participants over three weeks, she found that people with non-limited mindsets are more likely to exercise, and less likely to snack than those with limited mindsets. Tellingly, the differences are especially pronounced in the evenings, when the demands of the day’s tasks have started to take their toll on those who believe that self-control can easily run down.

If you already have a non-limited mindset about willpower, these findings might be a cause for self-satisfaction. But what can we do if we have been living under the assumption that our reserves of self-control are easily depleted?

Job’s studies suggest that simply learning about this cutting-edge science – through short, accessible texts – can help shift people’s beliefs, at least in the short term. Knowledge, it seems, is power; if so, simply reading this article might have already started to galvanize your mental stamina. You might even enhance this by telling others about what you have learned; the research suggests that sharing information helps to consolidate your own shift in mindset, a phenomenon known as the “saying-is-believing effect”, while also helping to spread positive attitudes to others.

Lessons in the non-limited nature of willpower can come at a young age. Researchers at Stanford University and the University of Pennsylvania recently designed a storybook to teach pre-schoolers the idea that exercising willpower can be energizing, rather than exhausting, and that self-control can grow the more we practice it. Children who had heard this story showed greater self-control in a test of “delayed gratification”, in which they were given the chance to forgo a small treat to receive a bigger treat later on, compared to their classmates who had heard another tale.

One useful strategy to change your mindset may be to remember a time when you worked on a mentally demanding task for the pure enjoyment of the activity. There might be a job at work, for example, that others appear to find difficult but you find satisfying. Or maybe it’s a hobby – such as learning a new piece on the piano – that demands intense concentration, yet feels effortless for you. A recent study found that engaging in this kind of recollection naturally shifts people’s beliefs to the non-limited mindset, as they see proof of their own mental stamina.

To provide yourself with further evidence, you might begin with small tests of self-control that will bring about a desired change in your life – such as avoiding snacking for a couple of weeks, disconnecting from social media as you work, or showing greater patience with an irritating loved one. Once you have proved to yourself that your willpower can grow, you may find it easier to then resist other kinds of temptation or distraction.

You mustn’t expect miracles immediately. But with perseverance, you should see your mindset changing, and with it a greater capacity to master your thoughts, feelings, and behavior so that your actions propel you toward your goals.