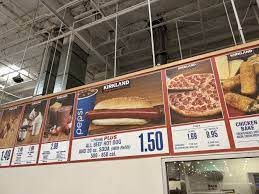 From the best of times to the worst of times: The market for initial public offerings has fallen off a cliff in 2022.

The decline has been striking given the record level of proceeds raised through public markets just a year prior. U.S.-listed companies raised over $155 billion in proceeds in 2021 through their initial public offerings, according to data from EY and Dealogic. In the first half of 2022, they only raised $4.8 billion.

“Investors are really risk averse at this moment, and that’s what’s really impacting the lack of activity that we’re seeing,” said Rachel Gerring, IPO leader at EY Americas, in an interview with CNBC. “They’re looking for companies that are focused more on growth and profitability as opposed to the growth at all costs that we were seeing in 2021.”

Part of the clog in the IPO pipeline has been caused by the dismal performance of companies that went public in 2021, Gerring said. The downturn has also hit the market for special purpose acquisition companies, also known as SPACs, which were used as an alternative vessel for private companies looking to gain entry into the public markets.

“There are hundreds and hundreds of SPACs that are already public that are looking for a merger partner and any new SPAC IPO is going to be competing against those hundreds of other SPACs,” said Jay Ritter, IPO expert and University of Florida professor, in an interview with CNBC. “So it makes no sense for a SPAC to be going public now rather than wait for a year until all this competition goes away.”