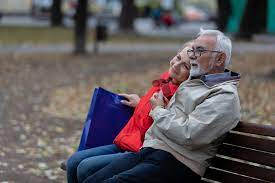 Social Security’s combined trust funds are now projected to be able to
pay scheduled benefits until 2035, a full year later than was
projected last year.
But if nothing is done to shore up the program, just 80% of benefits
will be payable at that time.
Congress may choose to make select changes to repair the program.
Here’s what may be on the table.

The clock is ticking for Congress when it comes to shoring up the
Social Security trust funds, according to an annual report released on
Thursday by the program’s trustees.

Both Social Security and Medicare face long-term financing shortfalls,
due to the fact that those programs will grow faster than gross
domestic product through the mid-2030s, according to the report. One
key reason for that is the rapid aging of the U.S. population.

But this year’s report is slightly more optimistic than the one
released in 2021.

The Old-Age and Survivors Insurance Trust Fund, which funds retirement
and survivor benefits, will become depleted in 2034, also one year
later than forecast last year. At that time, 77% of scheduled benefits
will be payable.

The Disability Insurance Trust Fund which pays disability benefits is
now no longer expected to run out within the 75-year projection
period. Last year, estimates indicated it would only be able to pay
full benefits until 2057.

The new estimates for the program’s funds come as experts have yet to
reach a consensus on the impact the pandemic will have on its future,
according to the report.

“We currently assume that the pandemic will have no net effect on our
long-range projections,” a fact sheet accompanying the report states.

Americans who rely on monthly checks through the program — and those
who plan to — can rest assured that the program is not going to
vanish, according to Social Security Works, an advocacy organization
that promotes expanding benefits.

But the pressure is still on Congress to find a way to make it so
benefits continue to be paid in full and on time past those projected
depletion dates.

Lawmakers generally have a choice of raising taxes, cutting benefits,
or a combination of both.

These are some of the possibilities that could be on the table when
leaders take up the issue.

The payroll tax cap could be raised

Social Security is funded through payroll taxes, which in 2022 apply
to wages up to $147,000. Both the employer and employee contribute
6.2% of wages up to that income threshold, which is adjusted annually.

That could be changed so that higher-income workers pay more into the system.

One proposal — the Social Security 2100 Act, put forward by Rep. John
Larson, D-Conn. — calls for reapplying the payroll taxes on earners
making $400,000 and up. President Joe Biden also advocated for this
change during his campaign.

The retirement age could go up

In 1983, Congress raised the full retirement age to 67, a change that
is still getting phased in today.

Some experts say bumping up the retirement age now is not out of the
question, especially as many people work and live longer.

This change may be gradually phased in. Adjustments could also be made
so those who are forced to retire at the earliest age of 62 don’t see
a drastic reduction in benefits.

Still, advocates for expanding the program generally oppose this
change because it is a benefit cut.

Taxes on benefits could change

Some beneficiaries pay taxes on their benefit income.

That applies to those who have combined income above certain income
thresholds. Combined income includes half of the Social Security
benefits plus the adjusted gross income and nontaxable interest.

Because those income thresholds are not indexed, more people over time
are paying taxes on their benefits.

Congress could raise those income levels to make it so fewer
beneficiaries who are close to those cutoffs are taxed. It could also
make it so higher earners pay more levies into the program.

Some benefits may become more generous

Social Security reform could also be an opportunity to increase
benefits in some ways.

Notably, Larson’s bill calls for a higher minimum benefit for
lower-income workers. In addition, he also advocates for an
across-the-board benefit boost of about 2% of the average benefit,
among other changes.

The National Committee to Preserve Social Security and Medicare on
Thursday called for urgent action to strengthen the program’s finances
and affirmed its support for Larson’s bill.

“Poll after poll shows that, across party lines, the American people
want the kind of improvements in Rep. Larson’s bill, not harmful
benefit cuts,” Max Richtman, president and CEO of the nonprofit,
nonpartisan organization, said in a statement.