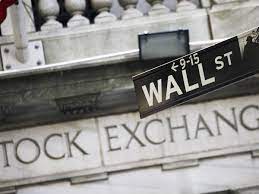 Investors appear to have traded in their fleece vests for crystal balls — everyone on Wall Street seems to have a recession prediction. But lately, shouts of recession have become a bit quieter, and a growing group of economists says that any downturn will likely be mild.

So can the United States avoid a serious recession?

What’s happening: As the third-quarter earnings season wraps up, it appears that CEOs may think so. They’re not mentioning the ‘R’ word as much as they once did: There has been a 26% decline in the number of S&P 500 companies citing the term “recession” on earnings calls for the third quarter relative to the second quarter, according to FactSet data.

The past month has brought with it a solid earnings season and a bevy of encouraging economic data that shows a slowing pace of inflation.

While CEOs are still feeling gloomy about the economic outlook, they’ve appeared to temper that gloom to a sustainable level where recession may no longer be top-of-mind.

CEO sentiment: In June, JPMorgan CEO Jamie Dimon warned of an economic hurricane. But on Wednesday, JPMorgan economists Michael Feroli and Daniel Silver downgraded that threat. The United States will enter a “mild recession in the second half of 2023, they said. “We’re effectively looking for a Category 1 economic hurricane.”

Goldman Sachs analysts now predict that the United States will likely avoid recession altogether in 2023, though growth will slow.

The Conference Board’s October measure of CEO confidence showed similar sentiment. While most CEOs are preparing for a recession over the next 12 to 18 months, 85% of executives expect that it will be a brief and shallow recession with limited global spillover.

“The narrative has been honed: if we fall into recession, it’s not going to be deep and dramatic. Earlier this year, CEOs were worried, markets were completely impaired and volatility was elevated because there was uncertainty about the looks of a potential recession,” said Jeffrey Roach, Chief Economist for LPL Financial. “The air has cleared up a bit, and recession uncertainty isn’t as pressing of an issue.”

The bottom line: It’s all about the Fed. Investors are eagerly looking for clues about what Federal Reserve will decide during its December policy meeting and whether it will begin to wind down its fight against inflation by easing painful interest rate hikes.

Reports have shown that price increases are ebbing, but we’ve only seen one month of easing inflation data – that’s not enough to convince central bank officials of a downward trend. Analysts worry that if the economy remains strong, and central bankers over whether lower inflation is truly a trend, the Fed will overcorrect and push the United States into an unnecessary recession.

Home sales in the United States declined for the ninth month in a row in October as surging mortgage rates and high prices pushed buyers out of the market, reports my colleague Anna Bahney.

Sales of existing homes — which include single-family homes, townhomes, condominiums, and co-ops — were down 28.4% in October from a year ago and down 5.9% from September, according to a National Association of Realtors report released Friday. All regions of the United States saw month-over-month and year-over-year declines.

That continues a slowing trend that began in February and marks the longest streak of declining sales on record, going back to 1999.

But despite the efforts of the Federal Reserve to cool prices through interest rate hikes, they remain stubbornly high. The median price was $379,100 in October, up 6.6% from one year ago, according to the report.

Still, that’s down from the record high of $413,800 in June. And while prices are climbing year-over-year nationally, October’s increase is smaller than those seen over the past couple of years, with annual home price appreciation peaking at 24% in May 2021.

Get ready for bigger paychecks: Record-high increases expected in 2023

Employers are planning to increase their salary budgets by 4.6% next year, the highest expected annual jump in 15 years, reports my colleague Jeanne Sahadi.

That’s according to the latest international survey from consulting firm Willis Towers Watson, which included responses from 1,550 US employers. The survey was conducted from October 3 to November 4.

But don’t start celebrating yet. With headline inflation still at 7.7%, and raise an employee who gets below those levels effectively means they will be earning less because their paycheck won’t buy as much.

Still, the news may come as a blow to the Federal Reserve: Central bankers view wage growth as a contributing factor to inflation and have been attempting to curb it through a series of rate hikes intended to cool the economy.