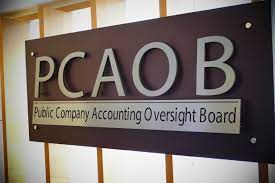 The percentage of audits found to have deficiencies during PCAOB inspections is expected to increase approximately 25% year-over-year, according to a board staff report released Thursday.

The report said the PCAOB expects about 55% of 690 engagements reviewed for 2021 to have one or more Part I. A or Part I.B deficiencies, a notable increase from 44% in 2020 audits.

“Higher deficiency rates in 2021, coupled with the fact that the PCAOB is also seeing an increase in comment forms for 2022, are a warning signal that the audit profession needs to sharpen its focus on improving audit quality and protecting investors,” PCAOB chair Erica Y. Williams said in a news release.

The report used comment forms — the initial form used to communicate deficiencies to audit firms — to compare the past three years of inspections.

The PCAOB staff said a significant portion of the increase in deficiencies was driven by concerns related to critical audit matters (CAMs), a relatively new area of reporting, while other deficiencies continued to be areas of concern much like previous years (i.e., testing controls with a review element, identifying and selecting controls to test, and issues related to audit committee communications).

Based on comment forms, the percentage of total deficiencies that are related to CAMs jumped to 31% in 2021, up from 13% in 2020 and 2% in 2019. The reporting requirement is still new, and the staff also noted good practices related to CAMs in 2021, such as the effective use of tracking tools by some firms and the practice of involving a subject matter expert related to a given CAM for independent review.

The report noted several other good practices observed during 2021 inspections, including: