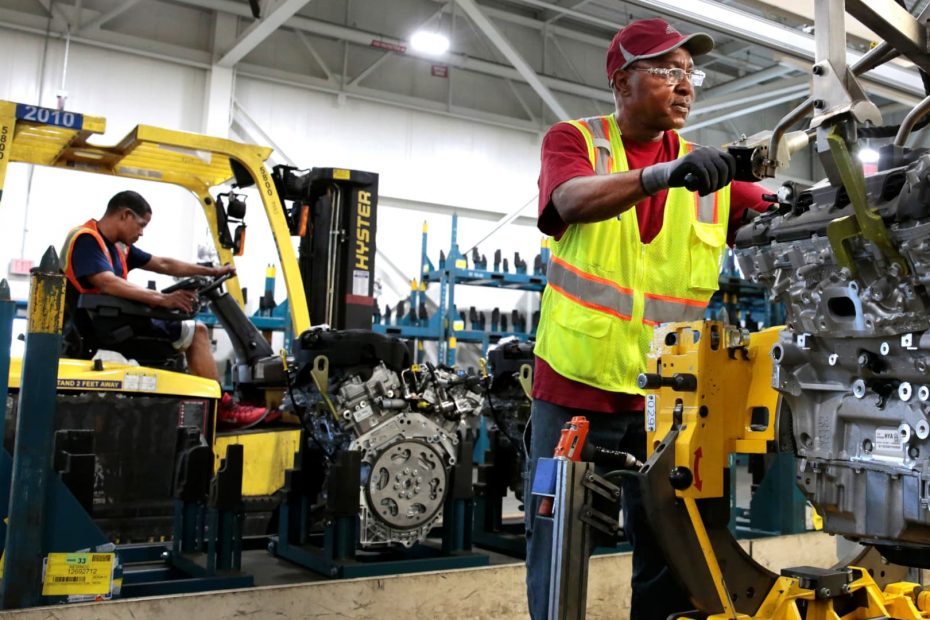 The government’s main measures of US growth pointed in different directions in the first half of 2022, adding to the ongoing debate on the health of the economy.

Inflation-adjusted gross domestic product, or the total value of all goods and services produced in the economy, decreased at a 0.6% annualized rate in the April to June period, Commerce Department data showed Thursday. That reflects an upward revision in consumer spending and compares with a previously reported 0.9% contraction.

However, the other, lesser-known official measure of economic growth — known as gross domestic income — climbed at a 1.4% rate in the second quarter after increasing 1.8% in the first three months of the year. It measures activity by calculating all income generated from producing those goods and services, like compensation and company profits.

Theoretically, GDP and GDI should be roughly equal, but in reality, they tend to differ, especially in early estimates. But the current gap is particularly large.

The GDP figures suggest an abrupt slowdown in economic momentum in the first half of the year. Under the surface, there’s more at play, including the impact of volatile categories like imports and inventories, but overall, consumer spending has decelerated. The back-to-back negative quarters, a common rule of thumb for recessions, have not only fueled fears of an imminent downturn but also led some to believe it was already underway.

GDI, however, points to a more gradual cooling. It paints a picture of an economy supported by a robust labor market and resilient consumer spending, though one that’s starting to feel the pinch of the worst inflation in a generation.

The official arbiter of recessions in the US, the National Bureau of Economic Research’s Business Cycle Dating Committee, uses the average of both measures, along with a range of other economic variables, when making its recession call. The average GDP and GDI rose 0.4% in the second quarter after a 0.1% increase in the January to March period.

“We continue to think that the decline in real GDP across the first two quarters of the year does not meet the NBER’s definition of a recession, and if the GDP data are eventually revised up to be more consistent with the GDI data, the first half of the year may end up looking stronger (or at least less weak) than the data currently show,” JPMorgan Chase & Co. economist Daniel Silver said in a note.

Separately on Thursday, a report showed applications for US unemployment benefits fell for a second week, suggesting that employers are holding on to workers despite growing economic uncertainty.

Consumer spending, which accounts for the majority of the economy, expanded an upwardly revised 1.5%. That compares with a previously reported 1% gain.

Thursday’s report also included the government’s initial estimates of corporate profits in the second quarter. Adjusted pretax corporate profits increased 6.1% from the prior quarter — the fastest pace in a year — after falling 2.2% in the first three months of the year. Profits are up 8.1% from a year earlier.

Along with consumer spending, private inventory investment was revised higher though remained a drag on the headline figure. Residential fixed investment was adjusted lower, the data showed.

Looking ahead, forecasters expect GDP to bounce back in the third quarter but recession fears remain elevated. The Federal Reserve is aggressively raising interest rates in an effort to cool the economy enough to stem price pressures without causing a recession. So far, the clearest impact on consumers has come in the form of a jump in mortgage rates and an ensuing sharp slide in the housing market.

Fed Chair Jerome Powell could point to such developments as evidence that the central bank’s policies are working at its annual Jackson Hole symposium, which starts later Thursday. Powell is due to speak Friday morning when he’s expected to restate the Fed’s resolve to keep raising interest rates to get inflation under control.

Companies have sought to pass the rising cost of materials and labor onto consumers in the form of higher prices, weighing on Americans’ ability to spend. Some firms have been able to offset the slip in demand by charging more of their customers, but others, like Target Corp., saw inventories swell, forcing the company to employ steep discounting to clear stockpiles.

While companies report individual profits based on historical costs, the government adjusts the figures to reflect the current cost of replacing capital stock such as equipment and structures. Due to surging inflation, the current replacement costs are much higher.

Excluding that adjustment, as well as one for inventory valuation, after-tax profits climbed 10.4% in the second quarter. After-tax profits as a share of gross value added for non-financial corporations, a measure of aggregate profit margins, improved in the period to 15.5% — the most since 1950 — from 14% in the first quarter.

The Bureau of Economic Analysis will release its annual update on Sept. 29, which will include revised statistics for GDP and GDI for the five years through the first quarter of 2022. The first estimate of third-quarter GDP will be released on Oct. 27.