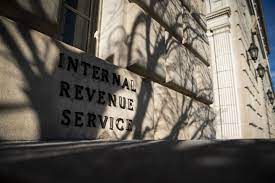 The Internal Revenue Service’s Criminal Investigation unit is increasingly relying on information provided by financial institutions under the Bank Secrecy Act to uncover tax-related crimes such as money laundering and drug trafficking.

IRS-CI chief Jim Lee presented statistics Wednesday showing that 15.8% of all investigations opened by his division in the fiscal year 2022 originated from a BSA form, which is typically filed by banks and other financial institutions, although they can also be filed by other types of businesses and even individuals.

In addition, 84.2% of all investigations opened by IRS-CI during FY 2022 have BSA filings related to the primary subject of the investigation, and 90.4% of IRS-CI cases were searched against BSA data in FY 2022.

“Congress passed the Bank Secrecy Act in 1970 to fight money laundering in the U.S., and as a result, the BSA requires businesses to keep records and file reports that are essentially determined to have a high degree of usefulness in criminal and regulatory matters,” Lee said during a conference call Wednesday with reporters. “The BSA data in general is not a nice-to-have, it’s a must-have, in an effort to help identify those individuals that attempt to commit financial crimes, tax or otherwise. I like to tell [anti-money laundering] specialists that they’re really the first line of defense to detect illegal and suspicious activities and financial crimes. There’s a lot of overlap between tax and money laundering. We’ve all heard the adage saying money laundering is tax evasion in progress.”

IRS-CI partners with other agencies like the Treasury Department’s Financial Crimes Enforcement Network as well as private sector contractors like Deloitte and Palantir Technologies. Lee noted that IRS-CI conducts an average of more than 1.8 million searches of BSA filings per year, and in FY 2022, the actual number of searches was 1.887 million, or approximately 36,000 searches per week.

The Financial Crimes Enforcement Network has recognized IRS-CI with the FinCEN Director’s Law Enforcement Award 11 times since the program’s inception in 2015. “It’s incredibly important for morale for financial investigators and AML specialists in the industry because teams receive these awards,” said Lee.

While 15.8% of all investigations opened by IRS-CI in fiscal 2022 were the direct result of a BSA form, that outpaced the 5% to 7% that typically come each year from fraud referrals. Between 27% and 30% from U.S. Attorney’s offices, and a similar share from other federal agencies.

The proportion was even higher when looked at in a different way. “Our BSA mission actually accounted for just north of 28% of all new case initiations in the fiscal year 2022,” said Lee. “I have financial action review teams that use this data to identify targets.”

In addition, 83.2% of investigations recommended for prosecution in fiscal years 2020 to 2022 have a primary subject with a related BSA filing. “If you take that three-year average dataset of investigations recommended for prosecution, about 40% of that dataset has been adjudicated all the way through a conviction,” said Lee. “There was about a 38-month average sentence imposed.”

Over the three-year time period, there was an average of $225 million in asset forfeitures, approximately $256 million in restitution ordered, and $7.7 billion worth of assets seized among that 40% of BSA-related cases that led to a conviction. IRS-CI nationwide has 109 targeted case identification and initiation projects focused on using BSA filings.

“Over the last three fiscal years, between 80 and 94% of all IRS Criminal Investigation targets that have either been charged, arrested, sentenced, or had some type of seizure action had a BSA filing associated with them,” said Lee. “This demonstrates to me that my financial investigative analysts not only view BSA data as a significant part of their investigative process, but it illustrates the importance of this information to their investigations.”