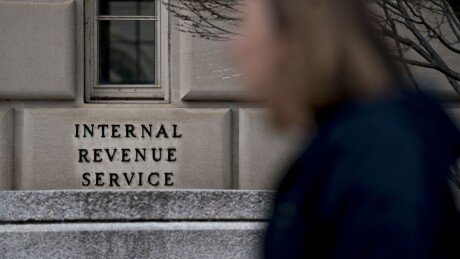 The report, from the Treasury Inspector General for Tax
Administration, noted that $79.8 million in Recovery Rebate Credits
actually should have been paid to eligible individuals, but $818.5
million was paid to ineligible individuals. Nevertheless, the IRS
declined to review nearly $598 million of the improper payments and
take the actions needed to recover them. The IRS also told TIGTA it
has no plans to further help approximately 10 million potentially
eligible individuals receive their payments.

The Recovery Rebate Credit was part of the federal government’s
efforts to provide a stimulus to the economy during the early days of
the COVID-19 pandemic. The CARES Act, passed in March 2020, created
the refundable tax credit of up to $1,200 per eligible adult that
would be applied toward the taxpayer’s tax year 2020 tax liability.
For most taxpayers, that meant receiving Economic Impact Payments
deposited in their bank accounts or through a debit card in the mail,
but if they didn’t receive their payment, they could claim it on their
tax return. In addition, eligible individuals were able to receive up
to $500 for each child in their family under 17 years old.

The Consolidated Appropriations Act of December 2020 later added an
RRC of up to $600 for each eligible individual and $600 for each
eligible child and modified the eligibility requirements for the RRC.
Taxpayers had to enter the amounts they received from the payments and
credits on their tax returns, and the IRS would reconcile them with
its records.

As of May 27, 2021, the IRS had processed 26.3 million tax returns
with RRC claims totaling $39.2 billion. TIGTA found that the IRS
correctly calculated the allowable RRC for 26.1 million (or 99.3%) of
those 26.3 million tax returns. However, TIGTA’s testing identified
181,743 returns for which either IRS programming problems (11,797
returns), Error Resolution function tax examiner mistakes (167,130
returns), or timing issues (2,816 returns) resulted in the wrong RRC
being given to the taxpayer. In addition, 355,015 potentially
ineligible individuals were erroneously issued the RRC, according to
the report. They include ineligible dependents, nonresidents, and
individuals associated with a credit from a U.S. territory.

TIGTA also identified approximately 10 million potentially eligible
individuals who have not received an RRC as of May 27, 2021. A number
of factors contributed to the problems, including the debit cards that
were sent to millions of taxpayers from a third-party financial
company. Many of those cards were mistaken as junk mail and
accidentally thrown away, although taxpayers had the chance to claim
the funds later.

TIGTA said it issued 12 alerts during its review to alert the IRS
about its concerns. The service implemented programming changes to
address one of those alerts and agreed to take action on four others.
These actions include reviewing the tax returns TIGTA identified,
taking the actions necessary to correct the taxpayers’ tax accounts,
and implementing processes to automate the error resolution process
for RRC claims filed during the 2022 filing season.

TIGTA made 22 recommendations to the IRS. They included taking actions
to correct erroneous RRC payments; ensuring eligible individuals
receive their credit and notifying individuals who haven’t filed a tax
return or didn’t claim the RRC of their potential eligibility. TIGTA
also suggested the IRS should obtain recurring data in 2022 to
identify individuals who have not activated their debit card for the
advance American Rescue Plan Act stimulus payment and establish
processes to reverse these advance payments so individuals can receive
the RRC on their 2021 tax return.

The IRS agreed with eight of TIGTA’s 22 recommendations. However, it
didn’t agree to review erroneous payments totaling nearly $598 million
that were paid to ineligible individuals as of May 27, 2021. The IRS
also didn’t agree to conduct an analysis to identify and recover
additional erroneous RRC payments issued after May 27, 2021. Finally,
the IRS didn’t agree to take any actions to ensure that the
approximately 10 million potentially eligible individuals identified
by TIGTA as of May 27, 2021, receive their RRC or to identify others
who are eligible for the RRC but didn’t claim the credit.

The IRS pointed out that it processed the vast amount of RRC claims
correctly. “Achieving a 99.3% accuracy rate was no small feat,” wrote
Kenneth Corbin, commissioner of the IRS’s Wage and Investment Division
in response to the report. “We developed programming for the
reconciliation of a single EIP during the 2021 filing season; however,
the passage of the CRTRA on Dec. 27, 2020, required us to issue the
second EIP and to quickly change the programming to permit
reconciliation of both EIPs, which had slight differences in
eligibility criteria, before the tax year 2020 returns claiming the
RRC could be processed. The changes to our processing systems were
programmed and implemented with only a two-week delay to the opening
of the filing season.”

With the sudden changes, it’s no surprise that so many taxpayers had
incorrect amounts on their tax returns. Many of the errors caught by
the IRS were due to the second EIP not being deducted from the total
credit claimed on the tax return. The volume of fallout to the IRS’s
Error Resolution System exceeded its expectations for the
reconciliation error but did result in the development of automated
solutions during the 2021 and 2022 filing seasons.