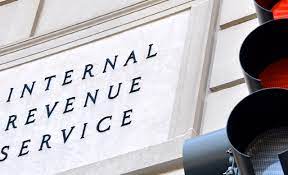 The IRS correctly calculated taxpayers’ eligibility for a recovery
rebate credit in the 2021 filing season 99.3% of the time, the
Treasury Inspector General for Tax Administration (TIGTA) reported
Monday.

However, even the corresponding 0.7% error rate involved hundreds of
millions of dollars in improper allowances of the credit, and TIGTA
found other instances where individuals should have received a
recovery rebate credit or a greater amount of one but didn’t.

The report, Processing of Recovery Rebate Credit Claims During the
2021 Filing Season (No. 2022-46-032), dated May 19, analyzed the
reasons for the errors, which were both systemic and manual, and made
22 recommendations, 12 of which the IRS disagreed with. Some
recommendations the Service agreed to were issued as alerts to the
Service during TIGTA’s study, some of which resulted in processing
changes during the filing season.

Both portions of the recovery rebate credit were paid in advance to
qualifying taxpayers as economic impact payments (EIPs) so that the
recovery rebate credit was generally available only to taxpayers who
did not receive either or both EIPs or their full eligible amounts but
who had been eligible for them. The first round of EIPs was issued to
nearly 162 million individuals and the second to 146.5 million
individuals, for a combined total dollar amount of nearly $413 billion
as of Feb. 4, 2021.

Although the recovery rebate credit error rate was low, TIGTA found
that more than 355,000 individuals had received recovery rebate
credits totaling $603 million for which they may have been ineligible
either because they were listed as a dependent on another tax return
or the amount was based erroneously on a dependent who had been
claimed on another return or for whom an EIP had been paid. Some other
ineligible claimants were nonresident aliens or residents of U.S.
territories.

More than 11.2 million returns required resolution of an EIP/recovery
rebate credit discrepancy, 5.6 million of them manually, TIGTA
reported. Besides risking additional errors, manual corrections
created lengthy delays, TIGTA said. More than 500,000 such returns
were still being processed as of Sept. 2, 2021.

Where the IRS disagreed with TIGTA’s recommendations, the Service
generally cited the relatively few numbers of taxpayers involved and
other priorities competing for its limited resources. Although TIGTA
recommended that the IRS review returns that claimed both an EIP and a
recovery rebate credit for the same qualifying child or a recovery
rebate credit for an individual claimed as a dependent on another
return, the IRS replied that returns are subject to selection for
examination.

With respect to approximately 10 million taxpayers who appeared to
have been eligible to claim a recovery rebate credit but did not do
so, the IRS declined to take the initiative to issue them one
unilaterally, noting that “taxpayers are not required to claim the
[recovery rebate credit]” and that the IRS had “widely communicated
the need to file the Tax Year 2020 tax return to claim the credit
based on current household circumstances.”

TIGTA faulted this response for being inconsistent with the IRS’s
automatic adjustments with respect to the exclusion from gross income
of up to $10,200 in unemployment benefits under the American Rescue
Plan Act, P.L. 117-2, adding that “it is unrealistic for IRS
management to assume that prior IRS communications are sufficient to
ensure that all individuals, including those who do not normally file
a tax return, understand whether they are eligible for the [recovery
rebate credit] and how to claim it.”