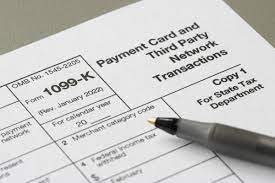 The IRS on Friday announced a delay in the $600 reporting threshold for third-party settlement organizations, which had been in effect for the 2022 calendar year. As a result, the IRS says third-party settlement organizations will not have to report the tax year 2022 transactions on a Form 1099-K, Payment Card and Third Party Network Transactions, to the IRS or the payee for the lower, $600 threshold amount that was enacted as part of the American Rescue Plan Act (ARPA) of 2021, P.L. 117-2.

Until the changes enacted by ARPA, third-party settlement organizations were allowed a de minimis exception to file Form 1099-K with respect to payees with 200 or fewer such transactions during the calendar year with an aggregate gross amount of $20,000 or less. ARPA amended this de minimis amount to $600, with no minimum number of transactions, effective for calendar years beginning after Dec. 31, 2021.

Third-party settlement organizations generally include banks or other organizations that process credit card transactions on behalf of a merchant and make an interbank transfer of funds to the merchant from a customer.

The new $600 minimum has been subject to widespread criticism. Last week, the AICPA sent a letter to the chairs and ranking members of the Senate Finance and House Ways and Means Committees, expressing “deep concerns” about the implementation of the $600 reporting threshold. In that letter, sent by Jan Lewis, CPA, chair of the AICPA Tax Executive Committee, the AICPA warned that the lower threshold would “lead to significant confusion in the tax system in the next several months.” The AICPA also was concerned that an IRS matching program for 2022 Forms 1099-K could “result in significant taxpayer misunderstanding, and also lead to a growth in the IRS correspondence and processing backlog.”

Therefore, in Notice 2023-10, the IRS announced that it will regard the calendar year 2022 as a “transition period” for purposes of IRS enforcement and administration of the $600 de minimis exception for third-party settlement organizations and third-party network transactions as provided in the notice. This means that for returns for calendar years before 2023, a third-party settlement organization is not required to report payments in settlement of third-party network transactions with respect to a participating payee unless the gross amount of aggregate payments to be reported exceeds $20,000 and the number of such transactions with that participating payee exceeds 200.

The IRS says that for years after 2022, it will enforce the $600 de minimis reporting threshold. The AICPA, according to Ed Karl, CPA, CGMA, vice president–Tax Policy & Advocacy, continues to call on Congress to raise the $600 de minimis exception for reporting by instituting a cost-of-living adjustment (COLA) using 1954 as the base period for the COLA.

In the letter to Congress, the AICPA also said it supports a recommendation by the National Taxpayers Union Foundation to raise the threshold to $5,000.