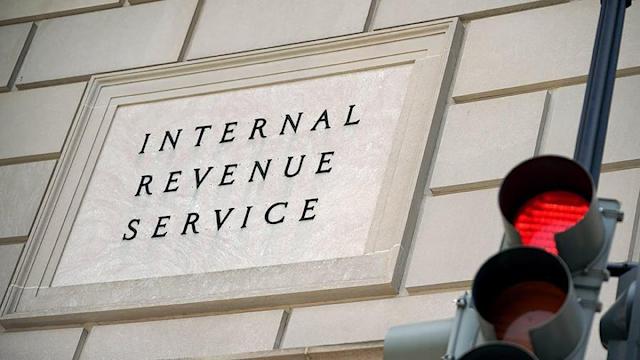 The Internal Revenue Service has been auditing fewer taxpayers since
2010, according to a new report, but audit rates have been plunging
the most for higher-income taxpayers.

IRS officials blamed the decline in audit rates on staffing decreases
and the fact that it takes more staff time and expertise to handle
complex higher-income audits. According to IRS officials, those types
of audits are usually more complex and require staff review.
Lower-income audits are typically more automated, allowing the IRS to
continue performing such audits even with fewer staff.

Audits of the lowest-income taxpayers, particularly those claiming the
EITC, resulted in higher amounts of recommended additional tax per
audit hour compared to all income groups except for the highest-income
taxpayers. IRS officials explained to the GAO that EITC audits are
mainly pre-refund audits and are conducted through correspondence and
therefore require less time. In addition, lower-income audits tend to
have a higher rate of change to taxes owed.

From fiscal years 2010 to 2021, the majority of extra taxes the IRS
recommended from audits came from taxpayers with incomes below
$200,000. On the other hand, the additional taxes recommended per
audit increased as taxpayer income increased. Over time, the average
number of hours spent per audit was generally stable for lower-income
taxpayers but more than doubled for those with incomes of $200,000 and
above. According to IRS officials, the greater complexity of
higher-income audits and increased case transfers due to auditor
attrition contributed to the time increase. The IRS estimates that 15%
of its current tax examiners and revenue agents will retire in the
next three years.

“Auditing requires auditors to properly respond to taxpayers with
increasingly complex business and investment activities,” wrote
Douglas O’Donnell, deputy commissioner of services and enforcement at
the IRS, in response to the report. “Greater complexity requires
greater sophistication and skill as well as applying more time to
perform the necessary review of information and to properly apply the
law. The more complex the audit, the more time is required of our most
experienced auditors and others involved (e.g. international and
valuation) and Chief Counsel. The IRS has lost to attrition many
thousands of employees, including those with the most sophisticated
skills. We have been unable to replace them due to shrinking
appropriations.”

“The findings by the GAO on IRS auditing rates are another five-alarm
fire bell for our national tax system,” Pascrell said in a statement
Tuesday. “Over the last decade, accountability for the wealthiest tax
cheats has plummeted so far it almost hits the floor. Looking at the
numbers, a tax filer making less than $25,000 a year is more than
twice as likely to be audited as someone with between $200,000 and
$500,000 in income. I worry well-off taxpayers are not going to be
pursued at the rate things are going.”

His office noted that except for those with over $5 million in income,
audits of the lowest-income taxpayers resulted in higher amounts of
recommended tax per audit hour. The IRS collected about one-half of
all recommended taxes between 2011 and 2020 with collection rates
generally higher for those taxpayers with incomes under $200,000,
including EITC recipients. That is probably because of the fact that
the IRS conducts EITC audits before issuing refunds. High-income
audits, according to the IRS, are more likely to have recommended tax
amounts that are abated or more difficult to fully collect.

A separate report released Tuesday by the Tax Justice Network, an
advocacy group, found the U.S. ranks highest on its Financial Secrecy
Index for 2022. The report found that the supply of financial secrecy
services, such as those used by Russian oligarchs, tax evaders, and
corrupt politicians, has continued to decrease globally due to
transparency reforms. However, five of the G7 countries — the U.S.,
the U.K., Japan, Germany, and Italy — are responsible for cutting
global progress against financial secrecy by more than half.

“It isn’t just tax havens over here and everybody else is the good
guys,” said Alex Cobham, executive director of the Tax Justice
Network, during an online panel discussion Tuesday. “It’s a spectrum.
Every country, every jurisdiction is more secretive than it might be
and has work to do. This time, what we found is that the U.S. has gone
to the top of the ranking, singlehandedly giving it the biggest
secrecy value that we’ve ever seen, responsible for about 5% of all
the global secrecy threats that underpin tax abuse and corruption
worldwide.”