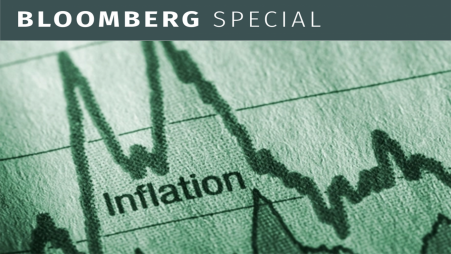 Three of the key supply-side factors driving today’s global inflation
levels have already turned around, meaning relief could be on the
horizon for shoppers worldwide.

A bellwether semiconductor price — a barometer of costs of finished
electronics products as diverse as laptops, dishwashers, LED bulbs,
and medical devices delivered worldwide — is now half its July 2018
peak and down 14% from the middle of last year.

The spot rate for shipping containers — which tells us more about
expenses we can expect later in the pipeline for apparel in Chicago,
luxury items in Singapore, or home furnishings in Europe — has
declined 26% since its September 2021 all-time high.

North America’s fertilizer prices — an indicator of where global food
inflation is going, including bills for tomatoes in London or onions
for sale in a Johannesburg market — are 24% below their record high
in March.

With inflation now exceeding 8% in the euro area, expected to stay
above that level in the US when May data comes out on Friday and on
the march in Asia too, central bankers around the world are scrambling
to contain it.

Even as central bankers raise rates, more economists are coalescing
around the idea that peak inflation is behind us — though there will
be a lag before the lower costs of raw materials filter through to the
prices shoppers see.

Though few forecasters are predicting a return to pre-pandemic prices
in the short run, global retail giants like Walmart Inc. are now
struggling to unload bloated inventory to less enthusiastic shoppers.
So moderation in those supply-side pressures could eventually allow
central bankers to slow their tightening cycles.

“While inflation in some parts of the world is yet to peak, there are
at least some signs emerging that we may not be too far off in terms
of a turning point at which we start to see the annual inflation rate
start to head lower,” said Khoon Goh, Singapore-based head of Asia
research at Australia & New Zealand Banking Group.

China’s producer prices peaked in late 2021 and are beginning to
moderate. Economists are forecasting a 6.5% rise in factory prices in
May from a year earlier, down from 8% in April.