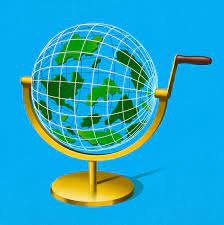 The future looked bright to all parties when Alphabet Inc.’s Google joined with Facebook Inc. and a Hong Kong partner in 2016 to build an 8,000-mile-long undersea fiber-optic cable line connecting Los Angeles to Hong Kong on an information highway between superpowers.

But the project didn’t go as planned. The Trump administration nixed the application for U.S. approval, citing security concerns. Then the tech giants went their own way, routing their pieces of the cable line to the Philippines and Taiwan without the Hong Kong connection.

The shifting path of the Pacific Light Cable Network is a metaphor for the current state of globalization. For decades, multinational companies sought out cheap, efficient supply chains to produce goods for global export, in addition, to access to growing young populations in developing countries to spur sales. They operated on the assumption that security and political tensions between countries wouldn’t obstruct their operations. That led many of them to China.

These companies are still looking for cheap, efficient, and young markets. But now they also want safety, which for many has meant diversification away from direct tension between the world’s great economic powers.

In other words, global economic ties haven’t ended; they are being rerouted, with widespread implications. The efficiencies lost mean higher costs for households and businesses and profit-margin pressure for companies. In boardrooms, it means more attention needs to be paid to the risk and a widening landscape of potential crises. For politicians, it will accentuate the struggle to balance economic growth and low inflation against the demand to defend the national interest.

However, there are also opportunities. The U.S. energy sector is gaining market share as Europe shifts away from dependence on Russia. At the same time, Vietnam, the Philippines, Mexico, and others are gaining export business as multinationals diversify their supply networks.

“What we are witnessing is not a collapse of globalization. It is more a reshaping of it,” says Dani Rodrik, a Harvard University professor, whose 1997 book, “Has Globalization Gone Too Far?”, was among the first to warn of the risk of a popular backlash against globalization.

World trade as a share of overall economic activity peaked at 61% in 2008, at the apex of China’s power, when a global financial crisis that started in the U.S. caused a worldwide recession. Trade has since receded to 57% of economic activity, according to World Bank data, still far greater than estimates of 31% on average during the 1970s, 36% during the 1980s, or 40% in the 1990s.

Mr. Rodrik, for one, doesn’t expect to see global trade slump to anywhere near the approximately 10% of economic output that took place in the 1930s. Multinational companies have invested too much in global supply chains to allow them simply to disappear. The costs, in terms of inflation, lost productivity, and lost profits, would be too great. Households, valuing access to inexpensive goods, have something at stake in the preservation of globalization, too. Moreover, global bonds are enabled by the inexorable advance of technology.

Instead, it’s in the pathways of global trade where you already can see the biggest changes, hastened by the Trump administration’s 2018 tariffs against Chinese imports, and then amplified by the Biden administration’s efforts to block Chinese imports of advanced U.S. technology, China’s self-imposed Covid-related business shutdowns, and Russia’s invasion of Ukraine.

The result is that China’s share of U.S. imports dropped from a peak of 22% in 2017 to less than 17% last year. Other Asian economies and Mexico are gaining share—most notably Vietnam, whose exports to the U.S. rose from less than $10 billion before 2007 to more than $120 billion in 2022. The Philippines, Taiwan, Thailand, India, and Malaysia have also enjoyed rapid export growth to the U.S., while also increasing their exports to China.

Mexico’s annual exports to the U.S. have roughly doubled since 2008 to more than $400 billion, and they have increased to China, too. At the same time, China has picked up a growing share of trade from Russia, as Europe shifts away from engagement with its eastern neighbor, and China’s exports to Southeast Asia are rising.

The pathways of finance are similarly shifting. U.S. cross-border loans peaked in 2011, flattened for several years, and started growing again around 2016. Among the biggest recipients of increased U.S. lending are traditional allies in North America and Europe, including Canada, Mexico, France, and Germany, with evidence that old alliances are strengthening in a riskier world.

The key question for business leaders, policymakers, and workers is how to navigate a more costly and stress-inducing global landscape. Mr. Rodrik is skeptical that industrial policies to boost manufacturing in advanced economies will deliver many benefits to workers because many of these economies are already service-oriented and unlikely to reverse that emphasis.

His bigger worry is that this new landscape is fraught with the potential for miscalculation, in which economic friction between countries leads to open conflict. The new globalization, he says, has already been weaponized by the use of tariffs, sanctions and export controls.

“The biggest threat is to peace and security,” he says. “That is my major concern.”

National security concerns originally drove Google’s planned Pacific Light Cable Network away from Hong Kong. Ted Osius, then a policy adviser at Google and former U.S. ambassador to Vietnam, remembers watching pro-democracy protests erupted in Hong Kong in 2019 and worrying about the risks of proceeding with billions of dollars of investment in a cable network there.

“No one knew what would happen to Hong Kong in the future,” he says.

That year, the U.S. Justice Department, which leads the multiagency “Team Telecom” panel that reviews telecommunications matters, signaled its opposition to the project because of concerns over its Hong Kong partner, Pacific Light Data Communications Co., and the direct link to Hong Kong.

Google and Facebook, now called Meta Platforms Inc., were granted approval in late 2021 to land the cable in Taiwan and the Philippines. One new concern is whether Chinese tensions in Taiwan could jeopardize access to the cable there, too.

A spokeswoman for Google says the Taiwan node is licensed and operating and the firm is committed to its operations there. “Google’s systems are designed for security and reliability on a global scale,” she says. Meta’s line to Luzon, Philippines is also operating and it plans new lines through the Java Sea to Singapore, with an emphasis on diversification.

The Hong Kong piece is not operating. The share price of Dr. Peng Telecom & Media Group, the Beijing-based controlling shareholder of the Hong Kong partner, has dropped more than 90% since 2015. The company did not respond to a request for comment.

Mr. Osius has since left Google to become chief executive of the US-ASEAN Business Council, a trade group that advocates for U.S. businesses in Southeast Asian countries such as Vietnam, Cambodia, Thailand, Malaysia, and Indonesia. He says business is booming as companies look to diversify.

“U.S. business had too many eggs in the China basket,” he says.

The biggest beneficiary in recent years has been another country under Communist Party rule: Vietnam. As in China, human-rights groups call out the Vietnamese government’s repression of speech, religion, and association. Also like China a generation ago, Vietnam’s population of about 100 million people is young, growing, well-educated, and motivated for economic advancement.

David Lewis, chief executive of Houston-based ECV Holdings, says the comparisons between China and Vietnam end there. Vietnamese leaders aim to be neutral in global politics, he says. Their focus is on growth, prosperity, and inviting foreign direct investment.

“What you have in Vietnam is everything we wanted in China, minus ambitions for world dominance,” Mr. Lewis says.

His company seeks to build a power plant to fuel industrial parks around Ho Chi Minh City. The plant will be supplied largely by liquid natural gas imports from the U.S. Mr. Lewis says that Vietnam is restrained from tapping natural-gas reserves along the vast South China Sea coastline around it because of China’s claims to that area.

“Vietnam is not interested in picking fights,” he says.

More than 8,000 miles away, in Rosarito, Mexico, Chinese electronics and appliance manufacturer Hisense Group, has made its own bets to diversify, and still has its eyes on U.S. consumers. In 2015, it bought a TV-manufacturing plant from Sharp Corp. a few miles from San Diego. It automated production with state-of-the-art robotic equipment to make circuit boards with chips that work as the brains of smart TVs, invested in metal stamping and plastic injection and brought in suppliers of packaging material and optical sheets.

Shipping finished televisions from Mexico to the U.S. cuts up to a month of travel time compared with moving that same unit from a Chinese factory, executives say. Hisense is now developing a “Home Appliance Industrial Park” in the northern Mexico city of Monterrey, investing $260 million for the production of refrigerators, washing machines, air conditioners, and kitchen appliances for tariff-free export to the U.S.

Japanese companies are getting into the global diversification game as well.

Matsuoka Corp. manufactures clothes on behalf of other brands, about 70% of which are for Fast Retailing Co.’s Uniqlo. In a business plan released in May 2022, the company said it intended to produce 71% of its output in Southeast Asia in the year ending March 2026, up from 50% in the year ended March 2022, largely by shifting production out of China.

As part of that plan, the company is investing 8.7 billion yen, equivalent to $65 million, to build new factories in Bangladesh and Vietnam in the two years ending March 2023.

“China’s technical capabilities are high, but labor costs have risen, and it has become difficult to secure workers,” a spokeswoman says. “In Vietnam and Bangladesh, it’s easy to recruit workers.”

The spokeswoman, who asked not to be identified, says the company has also become more attuned to the risks of operating in China, mentioning Covid-related lockdowns last year as an example of such risk. Many clothing items are seasonal, and even short delays can hurt the bottom line. “The lockdowns stopped distribution, and our products couldn’t be delivered at the time when they were needed,” she says.

China accounted for 74% of Japan’s textile imports in 2012, a figure that fell to 58.7% in 2021, according to the Japan Textile Importers Association. While many Japanese companies are cutting back on their dependence on China, none indicated they plan to cut out China as a supplier altogether.

During Covid, many companies were focused mostly on survival. With Covid receding, the long run is now coming into focus, says Jake Siewert, head of political-risk oversight at Warburg Pincus, a U.S. investment firm, and former official in President Barack Obama’s White House.

Reglobalization, he says, is still in its early stages.

“These supply chains were built over 30 years or more,” he says. “The idea that they’re going to completely unravel overnight is crazy.”