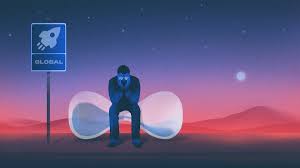 The big global venture capital pullback we were all expecting is truly here.

Venture and growth investors in private companies scaled back their investment pace significantly as the slump in the public markets stretched into the third quarter.

Venture funding for the third quarter of 2022 totaled $81 billion, down by $90 billion (53%) year over year and by $40 billion (33%) quarter over quarter, according to a Crunchbase News analysis. While funding for the most recent quarter will increase a little in the coming months as stealth fundings are announced, this is a huge drop in funding compared to prior quarters.

This past quarter is the lowest quarterly funding amount since the first quarter of 2020, with $70.6 billion in venture funding.

In defiance of recent funding trends, the largest acquisition in venture history—should it pass regulatory scrutiny—is Adobe’s acquisition of Figma for $20 billion, a price that is double its last private valuation of $10 billion in June 2021.

Global late-stage funding, which slowed significantly in the second quarter, continued its downward trend in the third quarter of 2022.

A total of $40 billion was invested in the late-stage venture and private equity to venture-backed companies in the third quarter, down 40% quarter over quarter and 63% year over year.

Late-stage venture and growth funding showed the largest increase in 2021 and now has dipped the most in 2022 with the most recent past quarter on par with first-quarter 2020.

Global early-stage funding totaled $34 billion in the third quarter of 2022, a decline of 25% quarter over quarter and 39% year over year.

Series A funding was the least impacted at the early stage, down 23% year over year, while Series B funding dropped 54% for the same time frame.

Seed-stage startups are the least impacted in the new funding environment of 2022. But seed-stage funding is still down quarter over quarter and close to flat year over year.

On the other hand, more dollars went into seed-stage funding in the first half of 2022 compared to half-year time frames in 2021.

Funding has slumped in the third quarter of 2022. It is not entirely clear if we have hit rock bottom—as venture investors paused over the summer months—or whether funding will continue to ebb lower in the fourth quarter.

There is pressure in the venture funding markets with record funds raised by venture capital firms in 2021 and into 2022. Many believe that this buildup of dry powder will create new investment pressures as we move into 2023.

The data contained in this report comes directly from Crunchbase and is based on reported data. Data reported is as of Oct. 3, 2022.

Note that data lags are most pronounced at the earliest stages of venture activity, with seed funding amounts increasing significantly after the end of a quarter/year.

Please note that all funding values are given in U.S. dollars unless otherwise noted. Crunchbase converts foreign currencies to U.S. dollars at the prevailing spot rate from the date funding rounds, acquisitions, IPOs, and other financial events are reported. Even if those events were added to Crunchbase long after the event was announced, foreign currency transactions are converted at the historic spot price.

The early stage consists of Series A and Series B rounds, as well as other round types. Crunchbase includes venture rounds of unknown series, corporate ventures,s and other rounds above $3 million, and those less than or equal to $15 million.