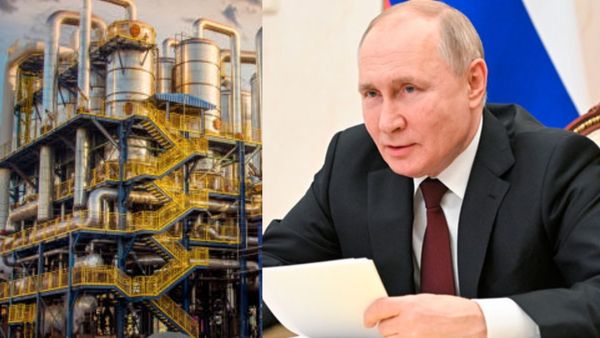 Fresh economic data pointed to a slowdown in U.S. and global growth, as higher prices and interest rates weigh on consumer demand, Europe enters a critical phase of its economic conflict with Russia, and China faces headwinds.

U.S. and European business activity fell in October, according to new surveys released Monday. A sharp slowdown in services activity, the biggest driver of the world’s largest economy, led to the U.S. decline.

In Europe, German factories made the biggest output cuts since the early part of the pandemic, according to surveys by S&P Global. Europe is grappling with the fallout from Russia’s decision to throttle energy supplies in response to sanctions over the war in Ukraine.

China’s economy rebounded in the three months through September as factory output rose on the easing of Covid-19 lockdowns. However, the world’s second-largest economy faces slowing export growth, softening consumer demand, and a downturn in the housing market.

S&P Global said its composite output index for the U.S., which includes services and manufacturing activity, fell to 47.3 in October from 49.5 in September, its second-fastest pace of decline since 2009 excluding early 2020 at the start of the Covid-19 pandemic. An index below 50 signals contracting economic activity while above 50 signals growth.

The combination of strong inflation and weakening growth presents global policymakers with difficult calls, but central banks for now are raising interest rates to lower inflation by slowing economic growth.

The European Central Bank is expected to raise its key interest rate to 1.50% from 0.75% when it meets Thursday. The Federal Reserve meets next week and is expected to approve another interest-rate rise of 0.75 percentage points.

Consumption of natural gas in Europe usually rises sharply with the onset of cooler weather, and authorities have warned that without substantial cuts in consumption this year, they may be forced to ration the fuel. Even in the absence of rationing, any rebound in energy prices coinciding with the seasonal rise in demand could further weaken the economy.

S&P Global’s composite purchasing managers index for the eurozone—which measures activity in both the manufacturing and services sectors—was 47.1 in October, down from 48.1 in September—the fourth consecutive month to indicate a contraction.

Across the eurozone, manufacturing suffered the largest declines in activity, particularly in energy-intensive sectors such as chemicals and plastics.

Germany—Europe’s main manufacturing hub and previously one of its biggest users of Russian gas—suffered a sharp fall. Its composite PMI fell to its lowest level since May 2020, when large parts of its economy were locked down. France, which is much less reliant on Russian energy supplies, recorded a stagnation in activity, having seen growth last month.

A mild start to the winter heating season and high storage levels have boosted hopes that Europe can make it through the winter without rationing, and has pushed natural-gas prices down below €130 a megawatt-hour—about the same in dollars—from a peak of close to €350 in late August.

However, the International Monetary Fund warned Sunday that Europe could yet face the outcome its governments are desperate to avoid.

“A key near-term risk is a further disruption to energy supplies, which, combined with a cold winter, could lead to gas shortages, rationing, and deeper economic pain,” the fund said.

The eurozone economy has been hit hard by the fallout from Russia’s February invasion of Ukraine, as higher energy and food prices have weakened household spending power and threatened profit margins. The largest military conflict on the continent in almost eight decades has also hit household and business confidence.

Activity in the first half of the year was boosted by the reopening of parts of the economy that had been fully or partially closed during much of 2021 under measures designed to contain Covid-19, even as the U.S. economy contracted. But the surveys of purchasing managers suggest the eurozone economy slowed sharply in the third quarter, and may even have contracted.

The IMF has lowered its economic growth forecast for the eurozone in 2023 to just 0.5%, from the 2.5% it projected in January, before the invasion. It has also lowered its forecasts for other European economies.

“Next year, Europe’s output and income will be nearly half a trillion euros lower as compared with the IMF’s prewar forecasts, a stark illustration of the continent’s severe economic losses from the war,” said Alfred Kammer, head of the IMF’s Europe department.

The business surveys are the latest sign that the global economy is slowing. A similar survey for Australia also released Monday pointed to the first monthly contraction there since January.

Signs are emerging that some of the drivers behind the surge in global inflation rates are easing as the economy cools. Prices of some metals and other commodities have fallen sharply from this year’s peaks, while freight costs are tumbling and logjams at ports have almost cleared. The Federal Reserve Bank of New York’s measure of global supply-chain blockages fell in September for the fifth straight month.

The pandemic continues to influence the global economy, with the survey of purchasing managers for Japan pointing to a pickup in growth as the country allowed regular tourism after a 2½-year ban.

Businesses have already responded to the weaker outlook by making fewer overseas investments. The United Nations Conference on Trade and Development said Thursday that investments requiring the construction of new facilities were 10% lower in the first nine months of the year than in 2021.

“The outlook on global cross-border investment has turned from a strong recovery to a downward trajectory,” Mr. Zhan said. “The gloomy prospect is likely to continue into 2023.”