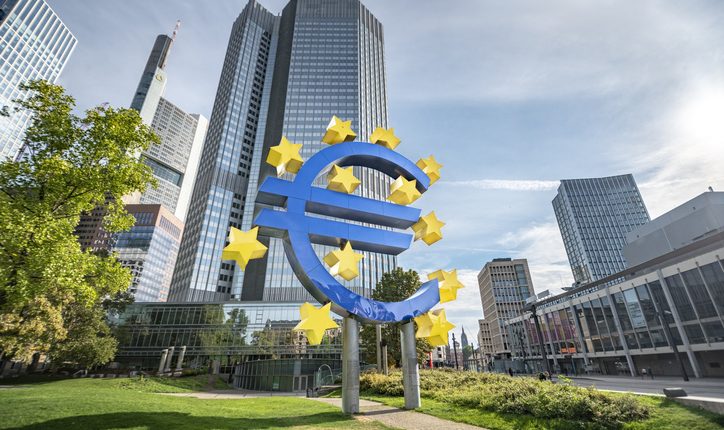 The European Central Bank has announced a record rise in eurozone interest rates as it seeks to fight inflation.

Prices in the bloc are rising at the highest pace for half a century as energy costs soar.

The ECB lifted all its key rates by three-quarters of a percentage point and warned that it was likely to raise rates again later this year.

The bank had raised interest rates in July, its first increase in more than 11 years.

“Price pressures have continued to strengthen and broaden across the economy,” the ECB said after its latest decision.

The ECB raised its key deposit rate – how much interest it pays on deposits – to 0.75% from zero, and lifted its main refinancing rate – how much banks have to pay when they borrow money from the ECB – to 1.25% from 0.5%.

Central banks raise interest rates to increase the cost of borrowing, which should lead people to borrow and spend less and save more. In theory, this helps curb price rises.

Inflation around the world is being driven by higher energy prices. Prices were rising more quickly as economies recovered from the effects of the coronavirus pandemic, but they jumped further due to Russia’s war in Ukraine.

She added that if gas prices continue to “skyrocket”, that would be “recessionary”.

If Russia were to cut gas supplies to the EU completely, then one scenario the ECB envisages – if it is not possible to secure alternative gas supplies from Asia, Norway, and the US – is gas rationing across the whole euro area and a recession in 2023, Ms. Lagarde said.

With the ECB statement explicitly saying more rate hikes would be needed, markets continue to expect another half-point rise at the bank’s October meeting.

Euro area inflation is expected to be 9.1 % in August, up from 8.9 % in July, according to Eurostat.

Janet Mui, head of market analysis at wealth manager Brewin Dolphin, said the ECB was “playing catch up” with the US Federal Reserve and the Bank of England, which have already been raising rates.

Some policymakers have talked about a recession, and the ECB’s new projections also show sharply lower growth in the coming years.

“After a rebound in the first half of 2022, recent data point to a substantial slowdown in euro area economic growth, with the economy expected to stagnate later in the year and in the first quarter of 2023,” the ECB said.