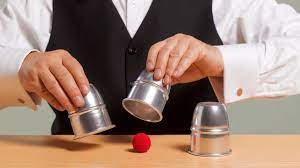 Traditional IRAs are set up in a way that basically incentivizes you
(and your heirs) into paying the highest tax bill possible. Don’t fall
for it. Consider a Roth conversion instead.

When you first decided to contribute to an IRA or an
employer-sponsored retirement account, it probably seemed like a great
deal – at least at the time.

After all, you received an upfront tax deduction on the amount you
contributed, and you were able to defer paying taxes on any growth in
the account. It was a seeming “win-win.”

And in many ways, it is a good thing. But if you think the government
gave you that upfront tax advantage with no strings attached, think
again. This benefit was conditional, and the condition is that anytime
you or your heirs take money out of the account, you will owe taxes on
the withdrawals.

If that’s not frustrating enough, the government also gets to change
the rules that determine how much is owed when those withdrawals
happen. So, perhaps years from now, when you’re retired and need to
use some of that money, you may find that your tax rate is much higher
than it is today. Or you may learn that a rule related to the accounts
has changed.

Some rules have already been altered by the SECURE (Setting Every
Community Up for Retirement Enhancement) Act of 2017. One change
involved the age at which you have to start taking required minimum
distributions (RMD). Previously, once you reached 70½, you had to
begin taking a certain percentage out each year (and be taxed on it)
whether you needed the money or not. The RMD age was changed to 72,
giving you an extra 18 months before it kicks in.

But before you start celebrating, remember this: The tax cuts for
individuals that were passed in 2017 are set to expire at the end of
2025. So as things stand right now, taxes will be going up in 2026,
and when your RMDs kick in, you could be paying a higher tax rate than
you currently are.

Here’s another change: Congress eliminated one of the biggest tax
benefits of inherited IRAs. In the past, your beneficiaries could
defer paying the taxes on inherited IRAs over their lifetime simply by
letting that money sit. But now, non-spousal heirs must cash in the
accounts within 10 years of your death – and pay the taxes that come
along with doing so. There’s a good chance they will still be working
at the time, so those withdrawals will be added to their regular
income, possibly thrusting them into a higher tax bracket.

Lower Taxes in Retirement? Maybe Not

Finally, here’s one more thing to consider regarding that money that’s
going into an IRA, 401(k), or other tax-deferred retirement accounts.
Most Americans have been conditioned to believe that they will be in a
lower tax bracket when they retire. As a result, they reason that when
they do withdraw money from their retirement savings, they will be
paying at a lower rate than they would be now.

But this may or may not be true depending on the declared tax rates at
that time.

And what may be even more relevant under the new IRA rules is the tax
bracket your heirs will be in. Even if they are retired themselves,
having to cash out the entire IRA they inherited over a brief time
span may put them in the highest possible tax bracket. To make matters
worse, many heirs live in states that impose state income taxes in
addition to the federal tax rate.

So, what to do about this situation? Essentially, there are two choices:

You can follow antiquated conventional wisdom and continue to defer
paying taxes for as long as possible.
Or you can start converting part of your IRA to a Roth IRA, which can
make a significant difference in your favor in how much you will pay
in taxes.

Roth IRAs grow tax-free, and when you make qualified withdrawals from
them, the withdrawals are not considered taxable income. In other
words, when you reach retirement and need the money, you can make
money from the account without paying a cent of tax on it, as long as
you’re 59½ or older and have held a Roth account for at least five
years.

Of course, you might ask, “Won’t I have to pay taxes when I make the
conversion to the Roth?”

Absolutely. And let’s face it, the notion of voluntarily paying taxes
sooner rather than later seems antithetical to the way most of us are
wired. The IRS may even be relying on that notion to maximize tax
revenue. Most people (and most accountants) would simply prefer to
kick the can down the road and minimize this year’s taxes rather than
worry about taxes at some unstated date in the future.

But under the new IRA rules, combined with the 2026 increasing tax
brackets, the “pay-as-late-as-possible” approach will result in the
most tax revenue for the IRS. If you want to reduce your family’s
overall tax bill, you should be acting now.

For most people, there will be a substantial discount to convert a
portion of their IRA to a Roth each year until 2026, when tax rates
are scheduled to increase.

In the process of doing it, though, there are several questions to consider:

With the answers to these questions in mind, you should speak with
your financial adviser or tax consultant as soon as possible to
determine the optimal timing and amount of your Roth conversion
strategy.