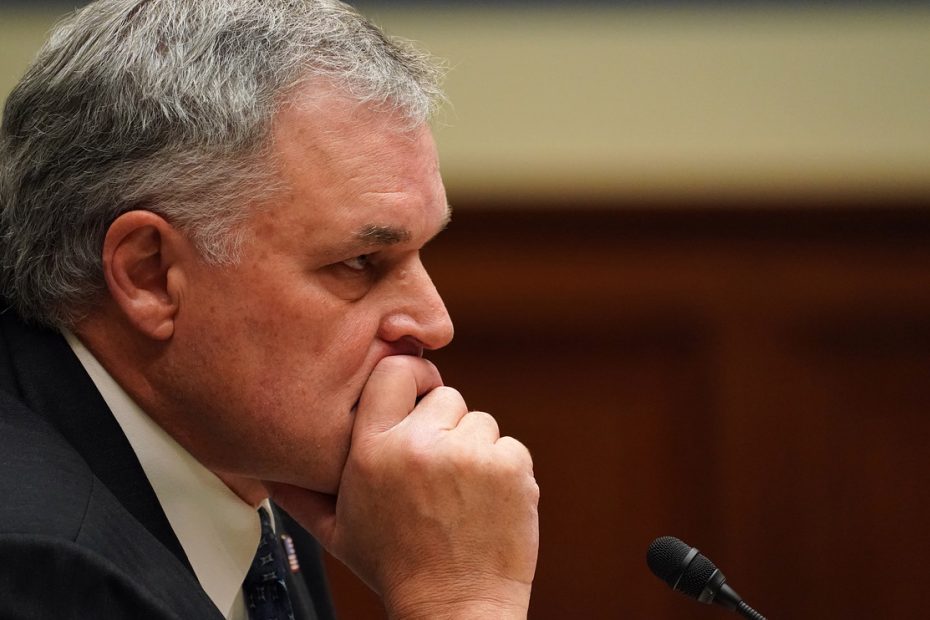 IRS Commissioner Charles Rettig told House members in a hearing Thursday that the Service will process its backlog of unprocessed work — some of it dating back to 2020 — by the end of 2022.

Rettig appeared before the House Ways and Means Committee’s Subcommittee on Oversight to report on the current filing season. Members’ statements and questions broached a range of topics broader than that, including ongoing enforcement and administrative policy on specific tax issues and some tax law considerations more precisely within Congress’s own purview.

Acting Committee Chair Rep. Judy Chu, D-Calif., noted the IRS’s recent implementation of “surge teams” of employees reassigned to its accounts management and submission processing functions and asked Rettig directly whether the backlog would be cleared by December.

“Absolutely before December,” Rettig replied. “As of today, barring any unforeseen circumstances —  COVID, etc., etc. — but if the world stays as it is today, we will be what we call ‘healthy’ by the end of calendar year ’22 and enter the ’23 filing season with normal inventories.”

But by that time, Rettig reminded the legislators, he will no longer be the IRS commissioner, as his term ends on Nov. 12.

“This may be my last time testifying before this committee,” Rettig said at the outset.

Chu also asked about the IRS’s recently announced direct-hiring authority and the Service’s plans to use it to hire as many as 10,000 workers to address the backlog, filling a long-standing hiring gap in return and account processing and taxpayer service. She noted that the IRS also has lost as much as 17% of its existing employees in these areas through attrition in the last fiscal year, according to a recent U.S. Government Accountability Office report.

The IRS has sought direct-hire authority for more than two years, Rettig said.

“We compete with the private sector, who can bring somebody on board the next week, and with us, it’s been a six- to eight-month process,” Rettig said. Rettig later said that with the direct-hire authority, the IRS expects to cut that timeline to a month to 45 days.

Low pay has also been a deterrent, he said, although that has improved this year as well.

“Up until the president’s executive order, we were at [an hourly rate of] $14.57,” Rettig said. “I can only encourage people so much to come on board for the good of the country.” Besides having raised that wage to around $20 an hour, the Service can offer child care credits, tuition assistance, and other incentives it has worked out with the National Treasury Employees Union, with whose president Rettig said he has “a great working relationship.”

Two members asked about a backlog of particular concern to small businesses, a lag in processing employee retention credit (ERC) claims. Rettig, as he often has in other public appearances, invoked his own blue-collar origins as the son of a small business owner, but he did not provide any specifics about ERC processing.

Carol Miller, R-W.Va., noted that some employers claiming an ERC from as long ago as the first quarter of 2021 is still waiting to receive it. And she put in a plug for her bill, with bipartisan support, to restore the ERC for the fourth quarter of 2021, the Employee Retention Tax Credit Reinstatement Act, H.R. 6161. The ERC was ended early by the Infrastructure Investment and Jobs Act, P.L. 117-58.

Some companies must file Form 941, Employer’s Quarterly Federal Tax Return, with reduced wages but without having received earlier claimed ERCs, Hern said. In some such cases, employers file an amended Form 941 because payroll firms are unable to process the original return correctly on time, he said.

“Ultimately, what this means is taxpayers are paying taxes on income they have never received,” Hern said. “Not only are small businesses liable for the tax on reduced wages, but [they] are also liable for the safe harbor on their estimated taxes, which is inflated due to the reduced wages.”

Rettig noted that the Service suspended a range of automated notices, penalty relief is always on the table, and that IRS employees understand taxpayers’ plight through having also experienced the pandemic. But, after pressing for a more specific response, Hern concluded, “With all due respect, you’re not answering the question.”

Separately from Thursday’s hearing, and not mentioned during it, more specifics about the IRS’s suspension of taxpayer notices were also sought in a recent letter signed by 100 members of Congress of both chambers and both parties.

The IRS on Feb. 9 identified 10 notices, plus their Spanish-language versions, that it had suspended because in some cases it had issued them where it did not have a record of a corresponding return, which could have been in its unprocessed backlog. Then, in a subsequent news release, the Service said it had suspended “approximately 40 form notices” but without identifying them. The IRS has said it lacks statutory authority to suspend some notices.

The congressional letter asks Rettig to identify which notices it lacks such authority to suspend and which others besides the ones it has already suspended it has authority to suspend. It also wants an explanation of why these latter notices have not yet been suspended and how and when the Service will do so. The letter specifically asks why CP2000, Notice of Underreported Income, has not been suspended.

And the letter asks whether the IRS is considering delaying the requirement of new Schedules K-2 and K-3, reporting items of international tax relevance by passthrough entities to their partners and shareholders, until next year, as urged by the AICPA and others.

The letter also asks about progress on the Service’s statement to Congress in early February that it was considering a systemic process to identify pending penalty abatement requests and evaluate penalty relief options.

The AICPA supports the legislators’ request for clarification, it said in a news release Wednesday.

“Since the beginning of tax season, the AICPA, members of Congress, and various organizations representing taxpayers and practitioners have urged the IRS to take significant and meaningful steps to mitigate the anticipated challenges of this tax season,” AICPA President and CEO Barry Melancon, CPA, CGMA, said in the release.

The AICPA appreciates Congress’s efforts to mitigate challenges in the current tax season, he said.

“We hope the IRS will heed the widespread calls for meaningful relief and take the necessary steps to ease taxpayers’ burden and frustration,” Melancon said.