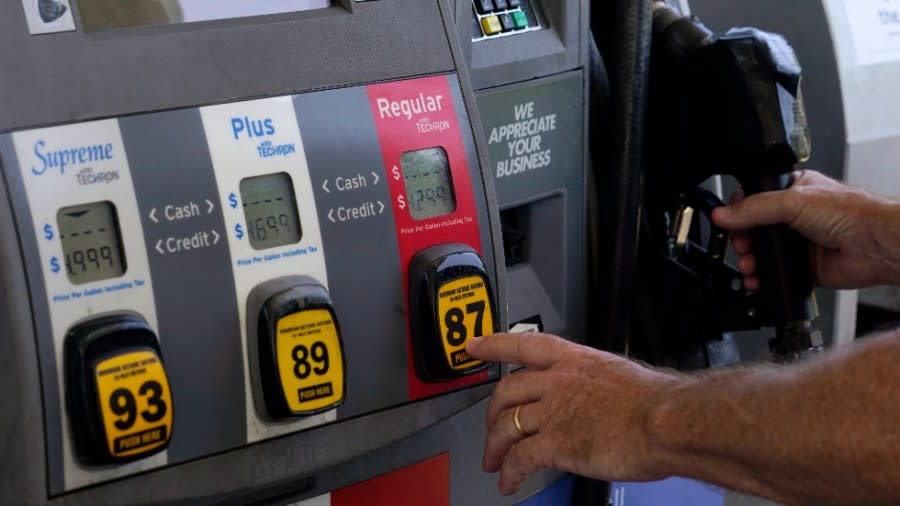 More than 8 in 10 Americans believe the state of the nation’s economy
is poor or not so good, according to a new Wall Street Journal-NORC
poll.

The poll found that just 1 percent of respondents described the U.S.
economy as excellent, while 27 percent described it as poor and 55
percent as not so good.

More than a third of respondents — 35 percent — said they were not
satisfied at all with their present financial situation. The Wall
Street Journal reported that the figure represents the highest
dissatisfaction level ever recorded on the question, which the outlet
said had been asked every few years starting in 1972.

Fourteen percent of respondents said they were pretty satisfied with
their financial situation, and 51 percent said they were more or less
satisfied.

The poll comes after the country’s inflation rate hit a 40-year high
earlier this year, with prices of consumer goods up 8.3 percent last
year.

President Biden has made combatting inflation his top economic
priority after numerous administration officials previously described
rising prices as “transient” and “temporary.” The Federal Reserve is
now ratcheting up interest rates in a bid to cool the economy, while
also raising concern about a looming recession.

Sixty-three percent of respondents said they were extremely or very
concerned about the impact of higher gas prices, and 54 percent
indicated the same for grocery prices. The national average for a
gallon of gas reached $4.865 as of Monday, the highest ever recorded,
according to AAA.

Biden is reportedly planning a meeting with Saudi Arabia’s crown
prince in a bid to increase global oil supply and alleviate prices at
the pump, going back on a campaign promise to isolate the Gulf nation.

Inflation has ranked in polls as a top concern for voters in recent
months, which has worsened Democrats’ political outlook in the
midterms as they face historical headwinds in protecting their
razor-thin majorities in Congress.

Despite concerns over high prices, about two-thirds of respondents —
65 percent — indicated it would be at least somewhat easy to find a
new job with approximately the same income and benefits. The Wall
Street Journal said it was one of the highest levels of job confidence
ever recorded in the poll question since it was first asked in 1977.

The U.S added 390,000 jobs and the unemployment rate held even at 3.6
percent in May, building on months of high job growth as the country
continues a rapid economic recovery from the pandemic, according to
data released Friday by the Labor Department.

Job openings remained at near-record highs on the last business day in
April, decreasing slightly to 11.4 million, according to a report
released Wednesday from the Bureau of Labor Statistics. There were
roughly two open jobs for each unemployed American.

The Wall Street Journal-NORC poll was conducted online and by phone
from May 9 through May 17 with a margin of error of 4 percentage
points. The 1,071 adult respondents were randomly drawn from the
AmeriSpeak panel, which uses random sampling to represent the U.S.
household population.