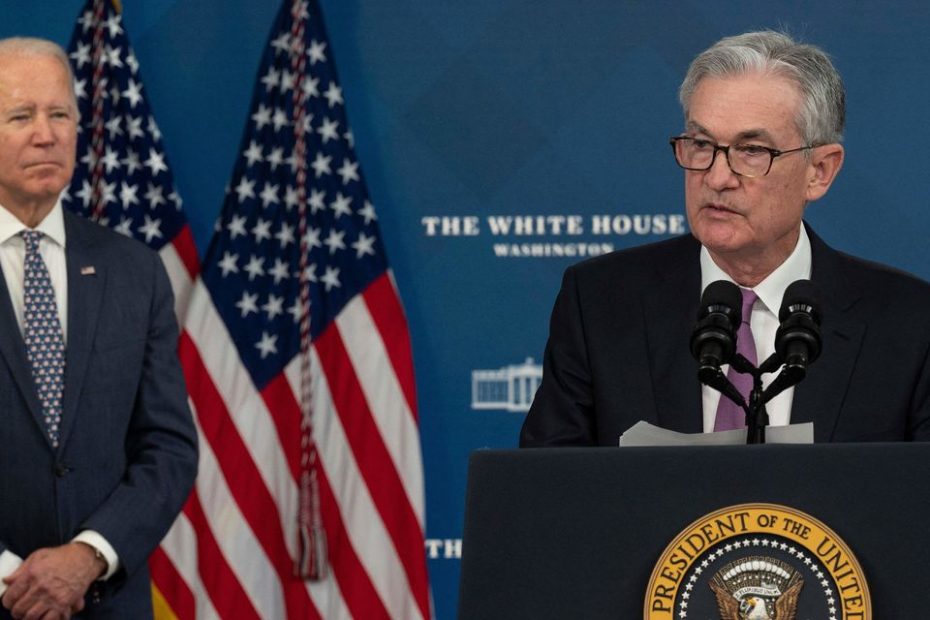 The Federal Reserve’s plan to raise its benchmark rate to a neutral
level, around 2.5%, by the end of the year is under pressure after
surprisingly strong May consumer inflation data on Friday.

“The May CPI was a stunning blow to the Fed’s hopes that inflation
would cool off any time soon,” said Stephen Stanley, chief economist
at Amherst Pierpont.

Many economists believe that in the wake of the CPI data, Fed Chairman
Jerome Powell and his colleagues will look for ways to send hawkish
signals to convince the public and the markets that they are serious
about curbing inflation.

The Fed will announce its policy decision and release updated economic
forecasts and a “dot-plot” projection of the future path of interest
rates at 2 p.m. Eastern time on Wednesday. Powell will explain it all
at a news conference at the Fed’s Washington headquarters at 2:30 p.m.
Eastern.

The size of Wednesday’s rate hike

Over the past six weeks, Fed officials have coalesced around a plan to
hike the central bank’s policy rate by a half-percentage point at both
the Fed’s meeting this week and the next meeting at the end of July.

A 75-basis-point hike would be the largest rate increase in nearly 30 years.

Economic forecasts send a signal the Fed intends to slow down growth,
even if it raises the risk of recession

The Fed last published its economic projections, including its
forecast for interest rates, in March. This forecast was “widely
panned,” noted Richard Moody, chief economist at Regions Financial
Corp., because the Fed projected “the softest of soft landings” — in
other words, a rapid deceleration of inflation with no change in the
unemployment rate.

his forecast will be different, economists said.

“We anticipate the FOMC will send an unambiguous signal that it
intends to restrict the policy stance this year and next by a higher
degree than it had anticipated at the March meeting. In effect, we
look for the dot-plot medians to signal a tighter policy path for both
this year and 2023, even if that may mean assuming a higher risk of
recession,” said Oscar Munoz, macro strategist at TD Securities.

Whatever the eventual size of the June rate hike, the Fed will be
close to 1.875% after the July meeting, so the question is how much
higher the year-end 2022 median will be, and how high rates will go in
2023.

Economists at Deutsche Bank said the Fed’s economic projections should
show a less-soft landing but stop short of a recession.

They expect the Fed to raise its forecast for the unemployment rate in
2023 and 2024 and trim its estimate for gross domestic product.

On the key question of inflation, Deutsche Bank predicted the Fed will
forecast a 5.6% inflation rate, measured by the personal consumption
expenditure index, followed by a 3% inflation forecast for the fourth
quarter of 2023 and then a 2.3% rate in 2024.

Powell’s view on how much more tightening will be needed

In May, Powell said the Fed would not hesitate to bring rates above
neutral, into restrictive territory. He is likely to double down on
that commitment this week.

Powell “undoubtedly will sound even more hawkish at his press
conference on Wednesday than he has any time this year,” said Ed
Yardeni, president of Yardeni Research Inc.

“On the one hand, Powell is likely to contend that the Fed can’t
increase the supplies of food and energy to bring prices down. In
effect, he will concede that the one and only toolkit in the Fed’s
toolbox for combating inflation is to raise interest rates to levels
that depress demand for all goods and services even if that increases
the risk of recession,” Yardeni said.