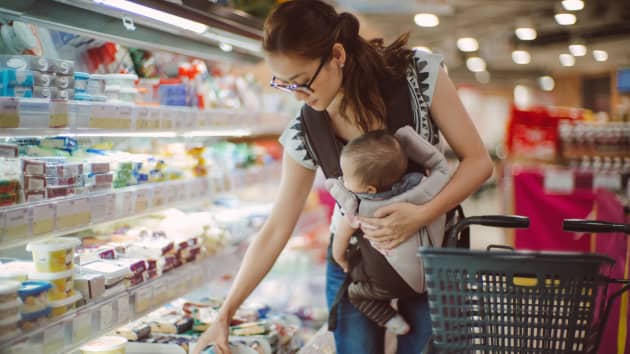 A high rate of inflation — 9.1% in June from a year earlier — has
taken a toll on household budgets.
In addition to dealing with earnings not keeping up with the cost of
living, most middle-class households (77%) expect the U.S. to be in a
recession by the end of 2022.
Experts say it’s important to set aside some emergency savings if
possible, as well as avoid credit card debt.

The reality of inflation and the specter of a recession appear to be
weighing heavily on middle-class households.

There’s also been a general uptick in financial worries in the last
six months, with 39% of those surveyed expecting to be worse off
financially in a year, up from 32% in March and 28% in December 2021.
In December 2020, that share was 17%.

“There’s a higher level of a concern financially among middle-income
families than there was even at [the height] of the pandemic,” said
Glenn Williams, CEO of Primerica.

The June survey of nearly 1,400 adults was done as part of Primerica’s
quarterly check-in on the financial security of middle-income
families.

Inflation has taken a toll on households, rising 9.1% in June from a
year earlier, marking the fastest pace since 1981 and affecting items
ranging from groceries and gas to clothes and cars.

“When you see rising prices in staples like gas, rent, things you
can’t avoid … it comes down to tougher decisions around priorities,”
Williams said.

Income also isn’t keeping up: The latest reading of hourly wages
showed a 5.1% increase in June from a year earlier, which means
inflation has generally wiped out the boost in income.

“Inflation always hurts those who make less money because the portion
of their income that goes to necessities is much higher than that of
wealthier people,” said Kathryn Hauer, a certified financial planner
with Wilson David Investment Advisors in Aiken, South Carolina.

In an effort to combat high inflation, the Federal Reserve recently
raised its target interest rate by 0.75 percentage points, marking the
biggest hike since 1994. An equally aggressive increase is expected
next week when the Fed’s rate-setting committee meets.

Recession or not, set aside some cash

The question looming large is whether the economy will skirt a
recession — which is generally defined in the U.S. as a significant
economic decline that lasts more than a few months — and economists
are split on whether there’s one on the horizon.

Either way, if your finances have you more worried than usual and you
fear a loss of income in the months ahead, it’s worth setting aside
some emergency funds if possible.

“Now, of all times, you want to try to put aside some cash for
emergencies like a layoff or a broken home HVAC unit,” Hauer said.
“Many Americans live paycheck to paycheck, which is never good but can
cause insurmountable problems if the economy tanks.”

“We understand people are using [credit cards] to fill gaps right now
… but as soon as possible try to turn that around,” he said.

The average rate on credit cards has been ticking upward and now
averages more than 17%, according to CreditCards.com. Consumers’ tab
stood at a collective $840 billion in the first quarter, down $15
billion from the preceding quarter but $71 billion higher than a year
earlier, according to the Federal Reserve Bank of New York.