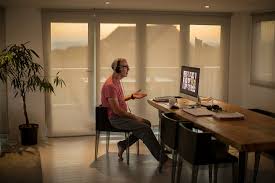 What inspires us to follow a CEO, founder, or thought leader?
Certainly, there is a toughness, particularly in the face of
adversity, that can encourage us to do the same and elevate our
efforts.

In other words, toughness or grit can be inspirational. In this short
article, I want to share how grit is essential and that it can be
developed by anyone who desires to succeed as a leader whether in a
small business or a start-up destined for spectacular growth.

Eight years ago in 2014, I was diagnosed with Stage 4 cancer. This
happened at precisely the same time I founded a start-up software
company…that we ultimately sold in 2021, and richly rewarded our
investors and team. During those eight years, while we grew sales and
enhanced the product, I survived seven surgeries, five courses of
radiation, and months and months of chemo. I’ve been asked, “How did
you do it?” Honestly, I’m not certain looking back. All I know is that
I just kept showing up and that perseverance, as one of my people once
told me, “took grit.”

Grit is an essential character trait for leaders. The question is “Are
we born with grit, or is it something we can learn?” Like much else in
life, the answer is, some of both. In fact, researchers and
philosophers, including Angela Duckworth, William James, K.E Ericson,
and Aristotle, would agree with this assessment.

Let’s start with the word itself…grit. It’s a little hard to define
precisely. In fact, it’s one of those words, where you know it when
you see it… as in, that person has grit.  Here’s the dictionary
definition.

The day I was diagnosed was a day like any other. I was scheduled to
get on a flight that afternoon to meet with one of our customers. My
wife told me to stay home. But I went despite the way I felt after
getting that awful news. As you might imagine, I was reeling with
disbelief, fear, and anger. But I felt there was work to be done and
promises to be kept…so I went.

That first night on the road, unable to sleep, I had time to think
about the hell I was about to descend into. I was scared. And in a
conversation with myself, I decided that in order to function, deal
with the treatments and run the business, I would never open myself to
self-pity and ask the question, “Why me?” I decided instead to focus
on asking a better question, “What’s next?”…as in, what must I do next
to survive?

It’s easy to indulge in “why me” thinking when adversity, especially
undeserved adversity, strikes. But the only thing “why me” thinking
produces is a sense of victimization that leads to unfocused action
and decision-making. And that becomes contagious as people can see it
and feel it. On the other hand, “what’s next” thinking promotes focus,
clarity, courage, hope, and action. It takes grit to deal with
adversity. And leaders who respond that way encourage others to act
likewise, and inspire them to challenge themselves and become part of
the solution.  Specifically, many might say; “Heck if he can pull
himself together and come to work, then why can’t I?” And this
happens. I know it does because I watched this exact process happen in
my company, with my people. We grew closer and more focused, and
everyone worked harder.

So, what can any of us do to develop grit so we can exercise when
adversity strikes – especially during early and start-up stage
businesses?

Best Practices for “Grit in Leadership”

I was surprised when searching online for “grit in leadership” that
the topic attracted a good deal of thinking by researchers. In
general, the research identified five traits that were practiced by
“gritty” people. What was also clear, as I discovered, is a direct
causal connection between these traits and inspirational leadership as
experienced by everyone on a team. The five characteristics of grit
below are based on Character Lab Founder Angela Duckworth’s findings
and her book “Grit: The Power of Passion and Perseverance,” along with
others.

Resilience: One of the most important characteristics of grit for
inspirational leaders is the ability to act and communicate with
optimism, creativity, and confidence despite setbacks. This attribute
helps empower others to “keep the faith” and stand up under
performance pressures.
Courage: Another chief predictor of leadership success is the ability
to manage a fear of failure. Inspirational leaders seem to have a
clear understanding of the upside and downside risks of decisions.
This calculus enables them to be decisive and act despite the risks.
Conscientiousness: Tenacity and the ability to work tirelessly by
focusing on doing a good job and completing the tasks at hand is
another hallmark of inspirational leaders. This work ethic and
determination appear to be contagious in followers.
Perseverance: The ability to demonstrate and maintain intensity,
direction, and the duration of one’s exertions in the pursuit of a
long-term goal is an essential element of grit and has the effect of
building team spirit, pride, and fellowship.
Excellence: Gritty people don’t seek perfection; they instead strive
for excellence. This approach favors a biased action versus getting
stuck in over-analysis. One of my favorite sayings that I often
repeated to my people was…“Perfection is the enemy of the good.”

Adversity is a constant. So to help others understand how to develop
grit as a leader, I’ve documented my personal and business
experiences, lessons learned, and success tips in my recently
published book, “One Hit Wonder: The Real-Life Adventures of an
Average Guy and the Lessons He Learned Along the Way.”

The way leaders respond to adversity and pressure can either be a
source of inspiration that drives success or become a breeding ground
for fear and uncertainty. And while entrepreneurs and managers can’t
control what happens as they start and grow a business; they can
control the way they act and lead from the front.